Belize is represented at UN forum in New York 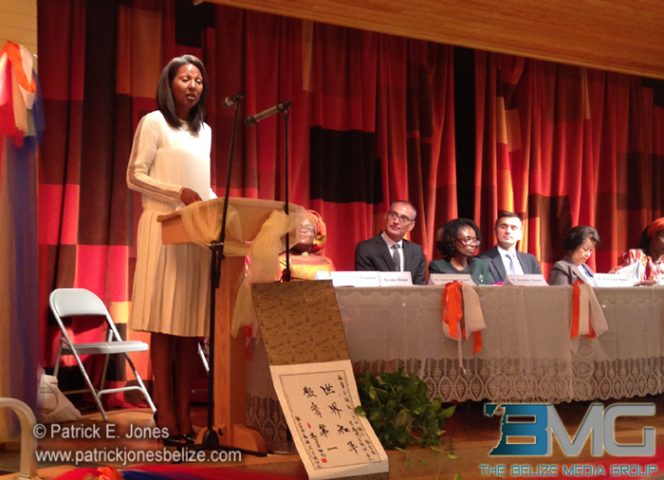 Wednesday, September 23, 2014. PATRICK E. JONES Reporting: Belize had representation at an international forum on the assessment of the Beijing Declaration almost two decades after its adoption by the United Nations.

Special Envoy for Women and Children Kim Simplis Barrow attended the forum which was held on Tuesday at the United Nations in New York.

It was organized by the Africana Women Working Group, with support from the Nigerian Consulate General in New York, the UN Population Fund, the Jewelry Institute of America and the Joint Officer for the Commonwealth Permanent Missions of the United Nations.

Discussions during Tuesday’s forum focussed on the successes of the Beijing Declaration which was adopted at the end of the Fourth World Conference on Women on September 15, 1995, particularly “on the successes that have been achieved but also evaluated the gaps, challenges, and areas for improvement and transformation,” according to a Government press release.

That official release also noted that Mrs. Barrow spoke on the issue of Women’s Reproductive and Sexual Health and focused her presentation on Belizean girls and women.

It is expected that issues and ideas coming out of this week’s forum will be included in an educational and training manual that will be part of the post-2015 Sustainable Development Agenda.