Man charged for the murder of Tulio Caceres 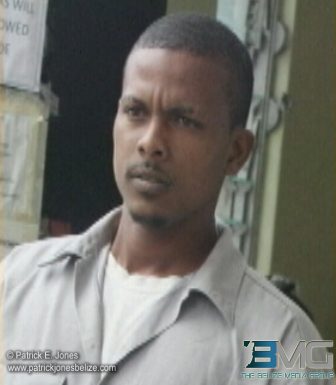 Wednesday, September 24, 2014. AARON HUMES Reporting:  Three months ago Tulio Caceres of Taylor’s Alley was shot dead at the corner of Pinks Alley and North Front Street in mid-morning, going down under a hail of bullets.

Now police say one of his neighbors was allegedly his killer.

Taylor’s Alley resident Keyron Gibson was read his charges on Tuesday after being picked up and held over the holiday weekend.

Unrepresented, he was remanded into custody at the central prison until November 11.

Caceres, 30, was hanging out at the small park at the intersection of Pinks Alley with North Front Street when his killer walked in and began to fire.

Caceres tried to run but was ruthlessly executed on the street.

Police at the time said they believed it was possibly gang-related.