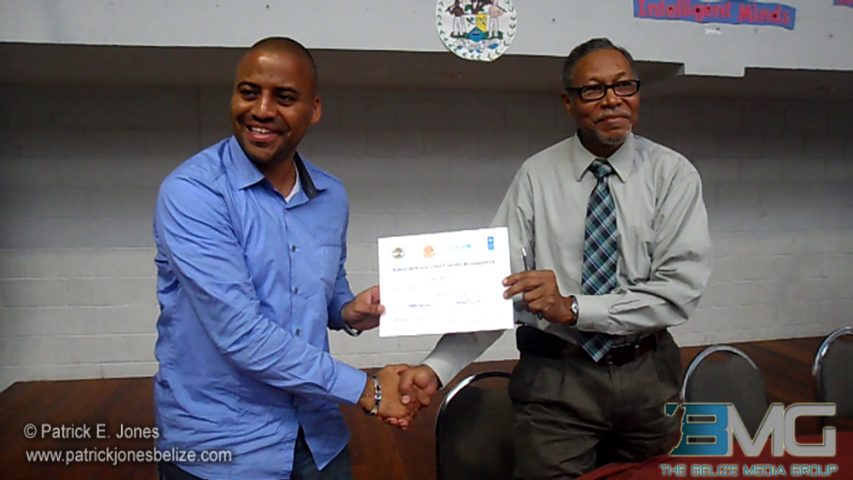 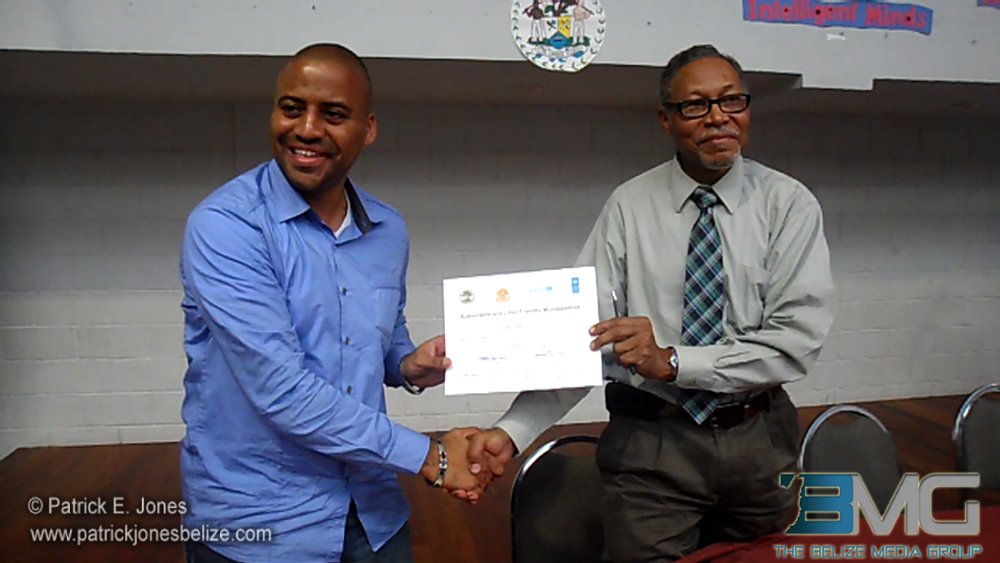 Friday, September 26, 2014. AARON HUMES Reporting: At the end of August there was a workshop held to launch the Sustainable and Child Friendly Municipalities Initiative, a collaboration between the United Nations Children’s Fund (UNICEF); the United Nations Development Program (UNDP); the Ministry of Local Government and the Belize Mayors’ Association.

It is intended to develop municipalities that are safe to live in for their youngest residents.

Simultaneous launches of the Initiative were held countrywide today. But as the project gets underway, Minister of Local Government Senator Godwin Hulse informed students in Belize City today that their voice will be listened to and heard.

The Senator told his audience that today was about them and what they wanted for the City they grow up in – a City that is part of a country they will soon be in charge of. 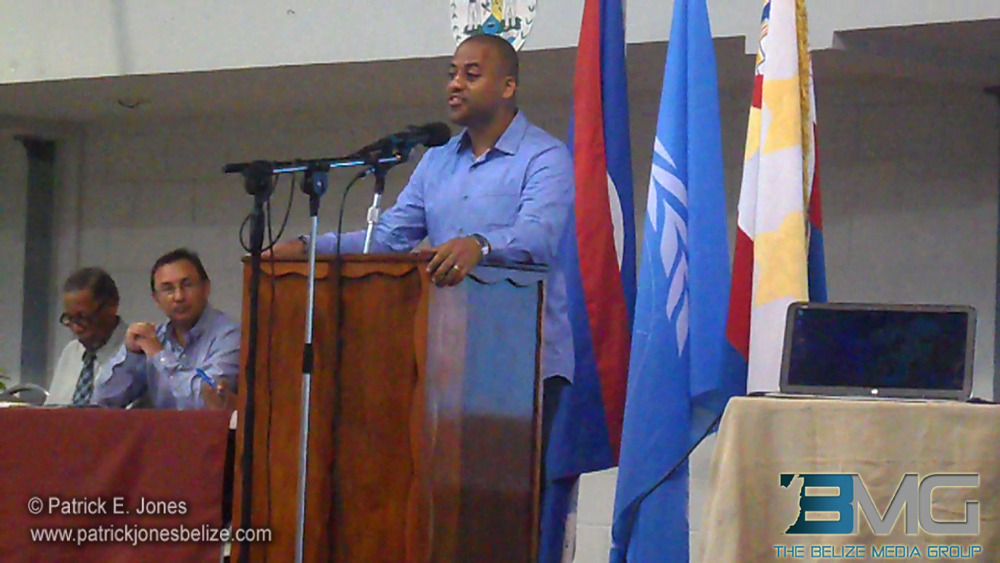 Belize City Mayor Darrell Bradley in his address admitted that past administrations have been guilty of not paying attention to the development of Belize’s cities and towns in an inclusive fashion.

This, he said, is an opportunity to try again and to bring all into the discussion as all will reap the benefits.

UNICEF Belize Representative Ivan Yerovi in detailing exactly what a child-friendly municipality should be said it must provide spaces for children to play, a healthy environment including access to clean water, sanitation and health services; proper education, and a voice to participate in the life of the City. 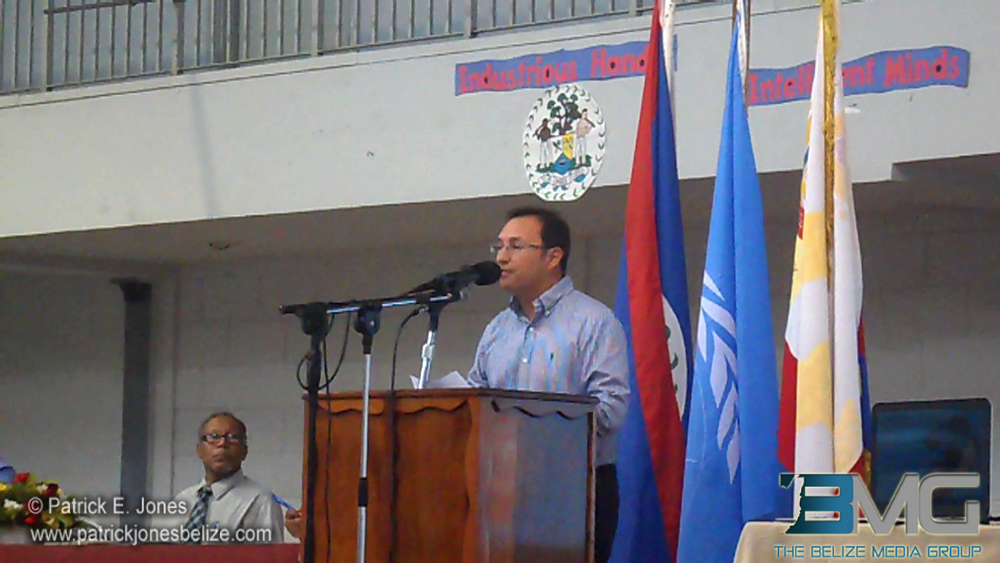 Also launched today was a Rapid Assessment Report of Local Government Capacities for Belize. Specific projects are expected to meet the Millennium Development Goals set to expire in 2015 and form part of the subsequent Sustainable Development Goals to be launched in that year.

Following the signing between Minister Hulse and Mayor Bradley there was a symbolic releasing of balloons to mark the commitment to renewal of Belize’s municipalities.