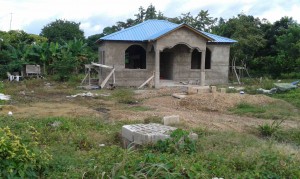 On October 10, 2008, the leading newspaper in Belize, the Amandala, wrote “The Central Bank of Belize’s new Governor, Glen Ysaguirre, told Amandala this morning that “we are pretty much safe,” referring to Belize’s financial situation.” This was in response to a question regarding the effects the financial crisis in the USA could be expected to have on Belize…and in the wake of the US$700 billion bail-out package and the cutting of the Federal Reserve interest rate which took place that week.

On June 24, 2009, our Prime Minister addressed the UN General Assembly representing Belize and the 14-member Caribbean Community….and painted a completely different picture. He said “As is set out in great detail in the report prepared by the Secretary General for this Conference, the result of this crisis has been planet-wide devastation. And the detailed impact of that devastation in the developed countries has received saturation coverage by the international news media. First world faces and images of dislocation and despair, heart-rending stories of the newly unemployed and the newly dispossessed, are an almost daily staple on CNN. But where, proportionately, the effects of the crisis are sharpest; where the serpent’s sting is draining away the lifeblood of whole sectors of society, international reportage is well nigh non-existent. Yet it is a fact that for us in the Caribbean the current set of economic conditions is the worst to have overtaken us since Independence.”

The truth is….the World Financial Crisis is called that way…..because it affected the entire world. Perhaps Belize is out yonder in la-la land?

Most of the developed and developing world reacted through various stimulus packages and lowering of interest rates to zero or near zero….with one of the principal objectives being to prevent the tanking of real estate values…so that the collateral backing the financial papers are optimally preserved…and so that investment/credit capacity, based on those collateral values, are maintained to the extent possible. One of the humanistic objectives of these decisions and actions was to keep as many people in their homes as possible…and then to prevent them from losing wealth by preserving the value of their homes….which in turn floats their credit worthiness and consumption capacity….which would be needed to stabilize the economy and return it to growth.

In Belize, many individuals and businesses were adversely affected…and many faced real challenge living up to their banking commitments. The default rates in some banks reached as high as 20%. Our Central Bank reacted by tightening the noose….making the famous call for ‘cleaning up the books’….implementing various new, more stringent, requirements to enforce that policy objective.

The result has been a tightening up of credit…creating further distress for home and business owners…and weekly dumping of mortgages through automatic foreclosures lop-sided in the interest of the banks, and not requiring clearance through a court of law….destroying collateral values by as much as 30-40%….putting thousands of people out of their homes and businesses….and putting a large dent in investment capacity, which would be necessary to stabilize the economy and return it to appreciable growth.

Using figures given by the Prime Minister in his Independence day address….rough estimate of the book value of housing stocks in Belize can be extrapolated to range from BZ$12 – 15 billion…..such that a 40% drop in value would amount to around BZ$4.8 – 6.0 billion….and this does not reflect the decline in the value of business properties. Since banks lend up to 70% of collateral value, theoretically investment capacity will have been reduced by around BZ$3.36 – 4.2 billion by this destruction of home values…the amount would be much more if business property values are included…and this numerical loss does not account for the cost in LOSS OF CONFIDENCE.

The cost to Belize of this wrong-headed policy is staggering for most….mortifying for many. While we are ‘cleaning up the books’, we are destroying the hard work, ambition, hopes and dreams of the largest percentage of our people…but especially of the few entrepreneurs in our midst…who mostly would like to just cash out and leave….but are stuck trying to save and salvage their long term assets that they have worked for over many years. 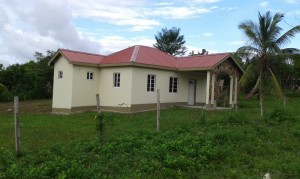 1. Belize needs to do what is in its capacity and capability to do, to stop this destruction…and reverse, to the extent possible, this trend. It cannot continue to make excuses and running around the world with its palm upwards….crying that it cannot afford to engage in quantitative easing….no one expects us to. There are things that we can do for ourselves, using resources we already have at our disposal. This ‘cleaning up the books’ pseudo-philosophy must be arrested, handcuffed and jailed forever….throw away the keys….credit must be eased….especially for those home owners and businesses that were honoring their debts before 2008, when default rates were closer to 3%. Austerity proponents in Europe, their dismal results and much slower recovery is there for everyone to see….it is the worse of all evils. This policy is resulting in nothing less than a re-colonialization of Belize…with so many selling off their hard-earned assets under distress for pennies on the dollar to foreign interests…whether directly or indirectly…to escape the jaws of the loan-shark mafia operating freely in Belice…waving our unjust “law book” in our faces.

2. There needs to be a wholesale rewriting of mortgages, at rates closer to 6.25% per annum, with longer terms ranging from 20-30 years…so that more people can stay in their homes and businesses…at least until the economy shows a stable fundamental upturn. This can be done by rewriting the mortgage papers at a fraction of the cost relative to the loss that will continue to pile up if this policy is not halted and reversed. The relief measure of Government paying one month interest on behalf of home owners mortgages with original value below BZ$100,000 [to the tune of BZ$3 million] is acknowledgement of the pain Belizeans are known to be feeling….and speaks to the political ambition of our maximum leader….but it does not speak to the scale and scope of the challenge for the people of Belize. That BZ$3 million should be used to co-invest with the banks in covering the cost of wholesale rewriting of ALL mortgages….which would have a more positive systemic effect on the economy in general…across a much wider range of beneficiaries…with stabilizing effects on the general economy of Belize….at relatively little cost to the financial community, as they will likely earn more on lower rates and longer terms. If a case of precedence must be proffered, Belize has spent many millions on re-registration of voters in the past….rewriting of mortgages at this stage is in the same league…and requires the same scale and scope of undertaking, including pulic-sector budgetary commitments to co-invest with the banks and mortgage holders in such a necessary undertaking. This could be our home-grown “Quantitative Easing”…which had better come late, than never.

3. Foreclosure justification, procedure and standards should, by law, no longer be allowed to be automatically written into mortgage contracts, but should rather be enforced through a court of law, so that banks must show clearly where they have tried [to the extent possible] to find reasonable solutions along with their clients, before taking such drastic measures to sell off homes and businesses at cents on the dollar….outside of any transparent and just process.

4. The overhead costs of the oligopoly banking services for such a small market as Belize forces the “need” for relatively large spreads that they require between interest on deposits and interest on loans….reflecting a high degree of inefficiency. Policies should be put in place to rationalize consolidation of banking services, aimed at reducing overheads in an effort to increase banking services competitiveness and productivity…which will directly and significantly improve competitiveness of the Belize economy…making it much more attractive for all kinds of domestic and foreign investments and new job creation…including, but not limited to, a resurgence of home improvement and construction….so needed for the economy to turn around.