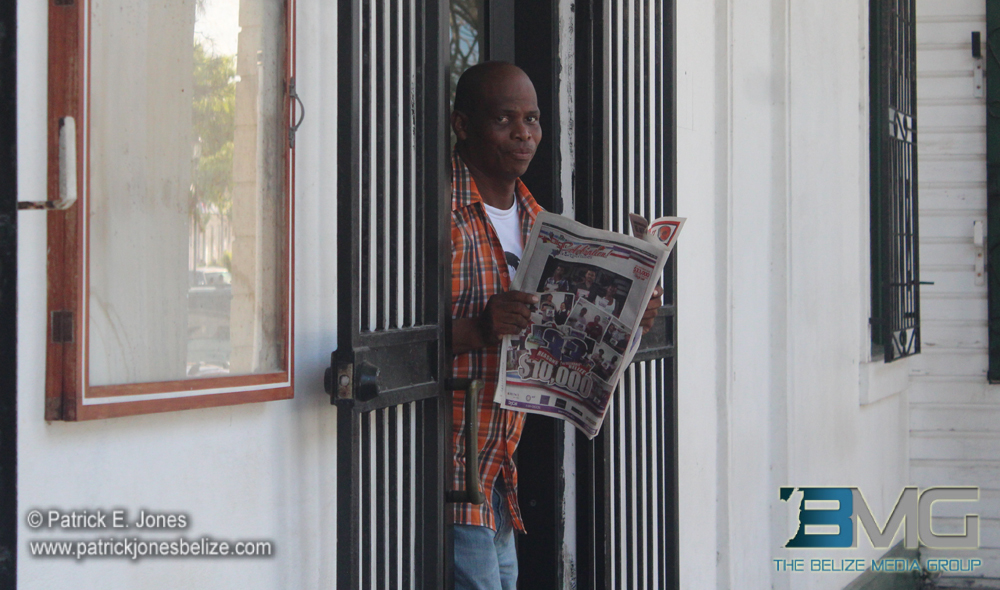 Tuesday, September 30, 2014. AARON HUMES Reporting: 44 year old Corporal of Police Darius Martinez will spend the next 18 months in prison after being found guilty of attempting to corrupt a public officer.

The Orange Walk Town resident is accused of attempting to corrupt Woman Police Constable Stacy Smith, who is attached to the Gang Suppression Unit (GSU).

On May 9 and again on May 11 of 2012, Corporal Martinez called Constable Smith. In the first conversation, without mentioning specifics, he asked her if she would “like to make some money.”

He elaborated further in the second conversation, allegedly asking her to find out what the Unit was doing concerning American businessman and person of interest in the murder of Gregory Faull in San Pedro, John McAfee, whose estate in Orange Walk was raided a few days earlier by the GSU and other military personnel.

Specifically, he wanted to know what they found at the residence during the raid, and even the color of a diary that was supposedly found.

Authorities recovered several firearms which were licensed to McAfee himself and security personnel hired by him among other things, including an alleged unlawful antibiotics lab.

The eccentric billionaire businessman later moved to San Pedro Town on Ambergris Caye, then fled to Guatemala following the Faull murder, evading Belizean police, before ultimately being sent back to the U.S. Martinez repeatedly told Smith that she was not being asked to do anything illegal, only to “keep tabs” on the situation for him. But she recorded the conversation and kept copies on a CD and her personal computer.

The CD version was played in court and formed part of the evidence against Martinez.

After a submission of no case to answer by Martinez’s attorney Anthony Sylvestre was not upheld, the officer gave an unsworn statement claiming that he contacted Smith to see if she wanted to provide security services for McAfee.

At the time of the raid, McAfee told local media that he acquired police security in other places he has lived and it was especially necessary here because of the high crime rate.

Former member of the Belize Special Assignment Group Emerson Michael acted as property manager for McAfee at the time.

In making her ruling this afternoon Chief Magistrate Ann Marie Smith said Corporal Martinez’s claims do not jibe with the tone of his conversation with WPC Smith and that it was clear to her that WPC Smith was being asked to go outside her duties.

She added that the jail term for Martinez was intended to serve as a deterrent to future attempts of this nature.