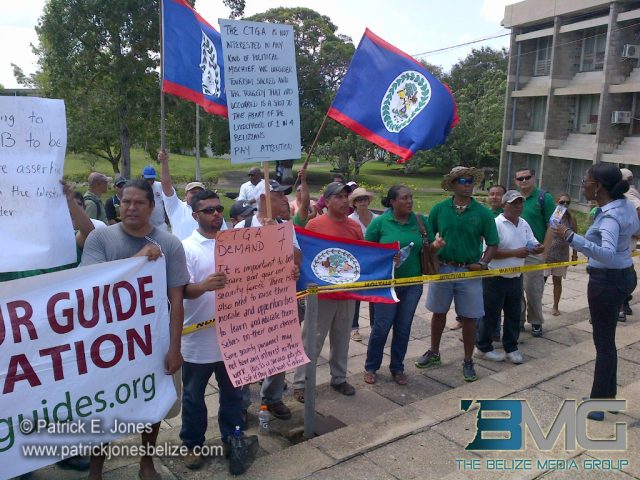 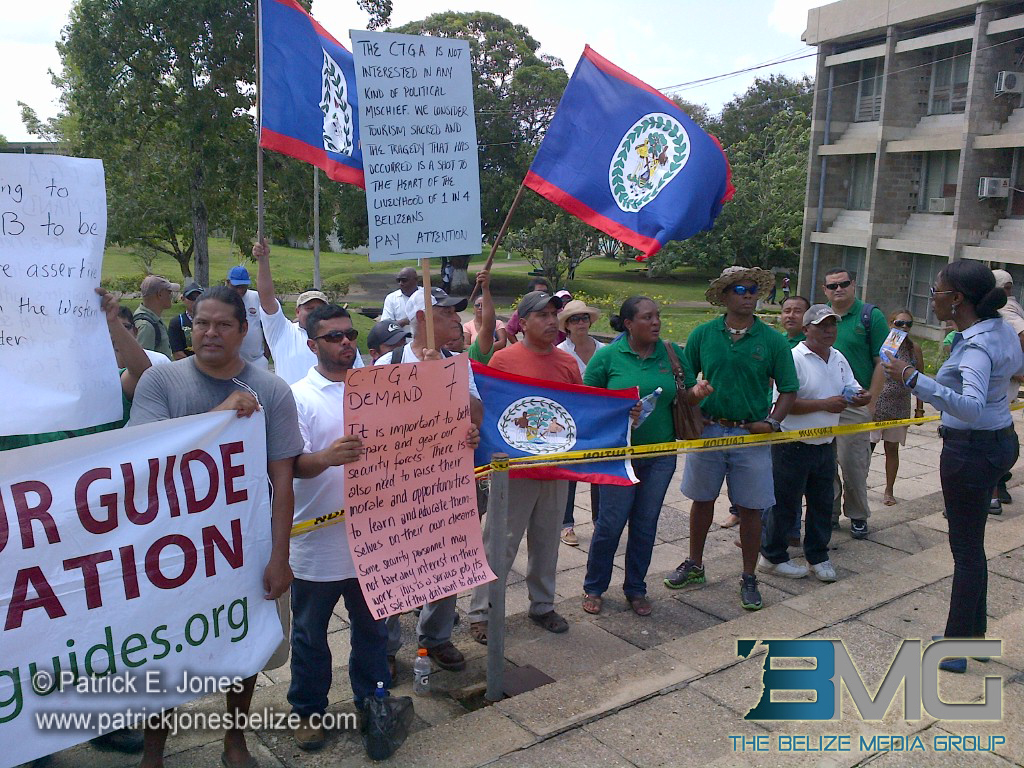 The purpose of the demonstration was to highlight the need for better safety and security measures at the Caracol and El Pilar archaeological sites.

The need for better security was brought into sharp focus with the cold-blooded murder of Special Constable Danny Conorquie on September 25 at the Caracol archaeological site. 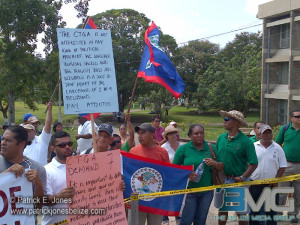 Close to 50 tour guides took up position in front of the cordoned off area and carried placards calling for government to heed their call for an upgrade in security at the sites. 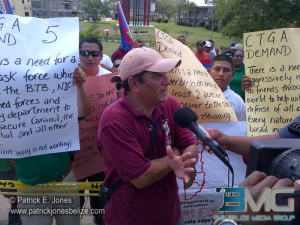 President of the Association Joe Awe told reporters that he was satisfied with the turnout at the demonstration, given that it was the first time that the group has ever done something like this.

Awe is hoping that the Belize Tourism Board, the National Institute for Culture and History and the Ministry of National Security will heed the call for better security and consult with the Tour Guides as they work to solve the security issues.

Jorge de Leon, who is a member of the Cayo Tour Guides Association, told reporters that the system that was being used at Caracol “is obviously not working,” as he too called for a serious look at the security situation.

“This is my office, this is where I work. I go there every day,” said de Leon.