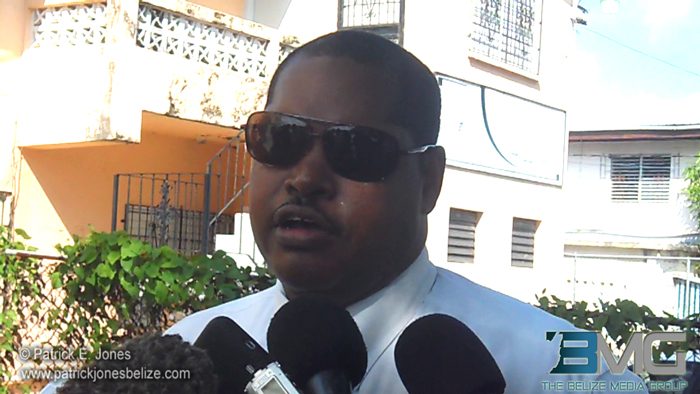 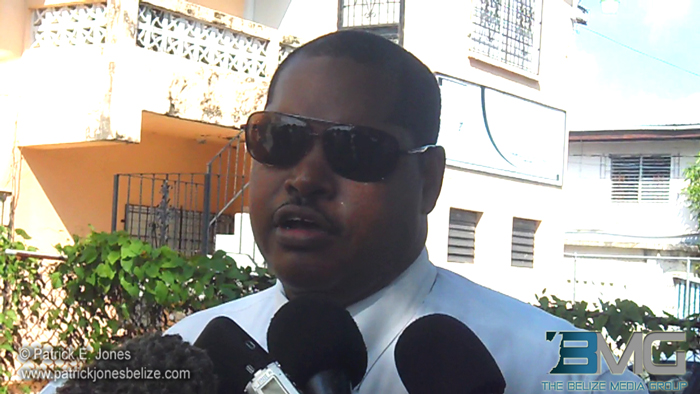 Wednesday, October 1, 2014. AARON HUMES Reporting: The Professional Standards Branch of the Police Department has been kept busy over the last few weeks taking complaints from Belize City residents who have suffered at the hands of those called to protect and serve them.

Today it provided an update on several cases, some of which have seen charges filed.

Assistant Superintendent of Police Glen Rivero, who commands the Professional Standards Branch in Eastern Division, spoke to the press on the incident involving Armani Bailey, who was taken from his residence by officers and left for dead in a garbage dumpster up the George Price Highway, and Jermaine Ciego who was also abused and had his money stolen.

Two officers in the Bailey case are before an internal police tribunal and two more are expected to follow in the Ciego case in addition facing criminal charges.

ASP Rivero says the case involving Allan McKoy, who was brutalized by GSU officers after being fingered in the accident that injured one of their own Constable Dejohn Cayetano, needs further investigation including positive identification of the officers involved.

McKoy alleges that he was picked up and severely beaten despite his insistence that he was not the man who knocked down Cayetano.

Inspector Mark Flowers, GSU Commander who was involved in this and a previous incident where he allegedly drew a firearm on two women on Wilson Street, may go to a higher authority as his file is being handled by head of PSB Assistant Commissioner of Police Noel Leal, who is to speak to Commissioner Allen Whylie about invoking the Security Services Commission (SSC) to hear the case if evidence is found of wrongdoing.

Typically officers below the rank of Sergeant are taken before the internal disciplinary tribunal which can recommend fines, reprimands and even dismissal from the Department, but senior officers above Sergeant have their cases handled by the SSC.

Finally, there is developing news of another police abuse.

Today a team of officers conducting an operation searched a house in Belize City and it is alleged that one of them ran off with some jewelry belonging to the home owner.

After receiving an immediate report, the PSB has moved swiftly on the case.

One officer is expected to be charged for the theft and related charges and will also face possible dismissal from the Department after disobeying a direct order not to leave the residence while authorities came to speak to them.

Court sources say this officer and two others alleged to be involved in the Jermaine Ciego case will be brought to court tomorrow, Thursday.

This follows on from the arrest of San Pedro officer Oscar Ramirez on extortion charges for demanding money for the release of a woman detained at the police station, and the conviction of Corporal Darius Martinez for attempting to corrupt a public officer earlier this week.

Already some 19 officers are on interdiction, ranking as high as Assistant Commissioner of Police Miguel Segura, and several more are expected to follow.

But ASP Rivero told us that the Department maintains a zero-tolerance policy against corruption and abuse, and asks citizens to assist by providing evidence in the form of video and audio recordings where possible, as it is an offence for any officer to take away or interfere with a citizen’s recording alleged misconduct.