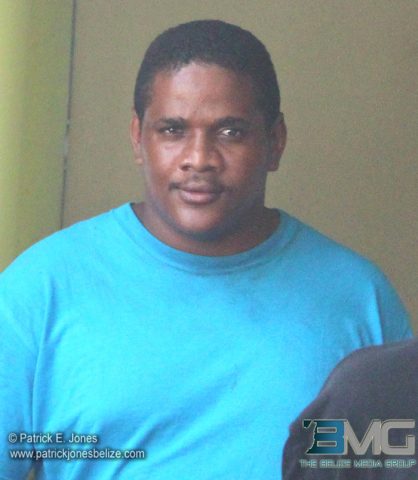 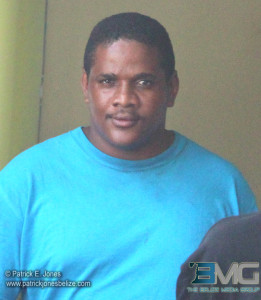 Friday, October 3, 2014. AARON HUMES Reporting: Police Constable #1096 Jamille Scott is the man accused of stealing jewelry from a house on Antelope Street while part of a team of officers on operation conducting a house search.

Scott was charged with 2 counts of robbery when he appeared today before the Chief Magistrate, Anne Marie Smith.

Scott pleaded not guilty to the charges.

He was released on a bail of $1,000 and his case was adjourned until November 28.

The bail was offered on the condition that he hand in his passport, that he don’t go near to the complainant or any member of his family and that he reports to Queen Street Police Station.

Scott and a female companion were caught with the missing items after disobeying an order not to leave the premises following a complaint to the Professional Standards Branch.

The first theft occurred on September 28 when a black Kenwood brand hand held radio with a value of $650, the property of the Police Department was taken.

The second theft occurred on October 1 and the items that were stolen included a wrist watch and a gold ring with a combined value of $300, the property of Randolph Gentle.

The police charged Scott when they conducted a search at a house at 18 Antelope Street on October 1 and found the stolen items.

A woman, Chelsea Zepeta, who the police said was present at the house, was charged with 2 counts of handling stolen goods.

She pleaded not guilty to the charged when she appeared today before the Chief Magistrate, Anne Marie Smith.

The bail was on the condition that she hand in her passport, that she don’t go near the complainant and that she reports to Queen Street Police Station.