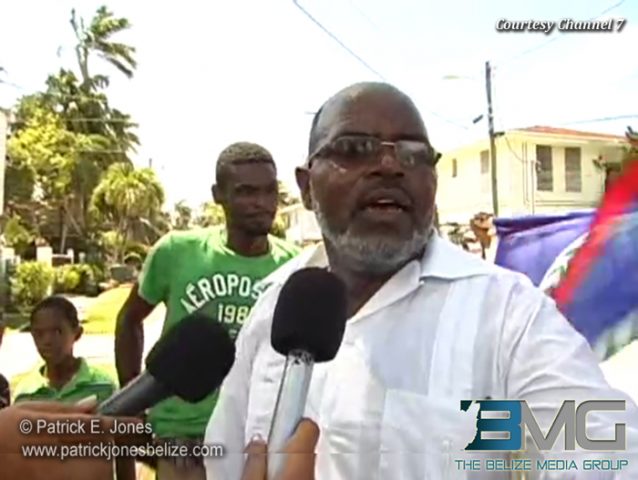 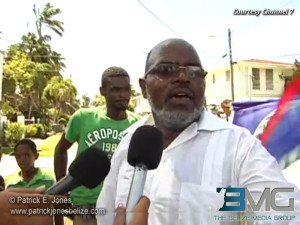 Saturday, October 4, 2014. AARON HUMES Reporting: A few Belizeans took their protests over the death of Special Constable Danny Conorquie to the doorsteps of the Guatemalan Embassy on A Street in the King’s Park area on Friday.

The Government has officially been informed and pledged its cooperation, and so Foreign Affairs Minister Wilfred Elrington dismissed today’s protest, led by political officer for the PUP in Port Loyola Gilroy Usher Sr., which reportedly featured eggs thrown at the building, as an expression of democracy – not much different from what he did in his day.

He says he was part of protests regarding Guatemala, even being arrested, and so would not speak against the right of Belizeans to express their views.

There were no arrests reported in connection Friday’s demonstration.