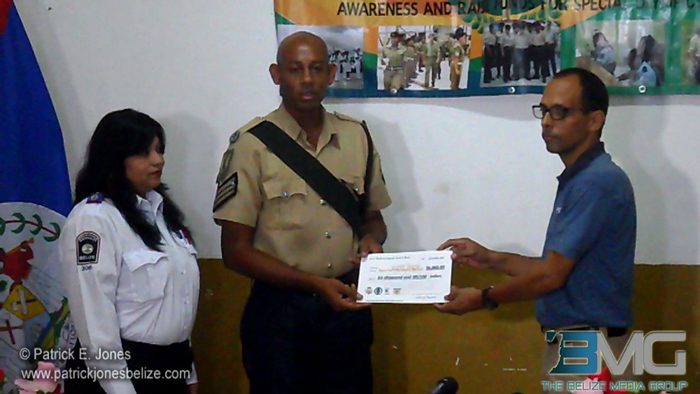 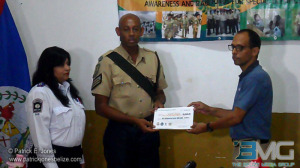 Friday, October 10, 2014. AARON HUMES Reporting: Ahead of December’s National Special Olympics Games in Belmopan, the organization dedicated to raising awareness of persons with intellectual disabilities through sports accepted a donation from a group of law enforcement organizations which worked together to raise funds through the annual torch run preceding the Games.

According to Special Olympics board member Allan Auil, the donation comes at an important time as the organization prepares to send a team to the 2015 Special Olympics World Summer Games in Los Angeles, California, U.S.A.

The local games are a prelude to that event. Auil noted that the organization can use hands-on help from volunteers in addition to monetary consideration.

Special Olympics is also working to end stigma and the use of the word “retarded” to pejoratively describe persons with intellectual disabilities.

According to Sergeant Elroy Carcamo, Officer in charge of Community Policing for Eastern Division, the Torch Run, started by former community policing commander ACP Deziree Phillips, was intended Belize’s security agencies together to promote a worthy cause.

Fundraising activities have already kicked off for this year and will culminate in the Torch Run, tentatively scheduled to start in Corozal Town and finish in the nation’s capital.