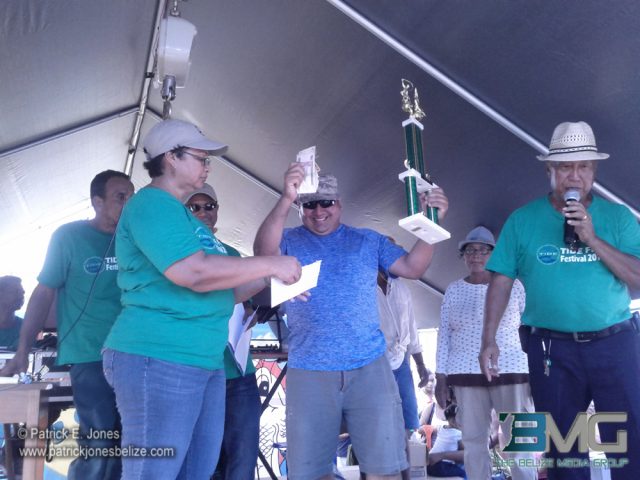 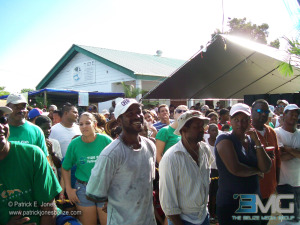 Sunday, October 12, 2014. PATRICK E. JONES Reporting: Hundreds of people from all over Belize and even tourists visiting, have travelled to Punta Gorda town for the annual Fish Festival.

The weekend-long event is organized by the Toledo Institute for Development and Environment, TIDE.

It is the seventh year running for the event which has grown by leaps and bounds over the years.

According to Executive Director of TIDE Celia Mahung, the idea of the Festival is to highlight the need for sustainable use of our marine resources.

The Festival kicked off with the Seafood Gala on Friday night.

It continued with the Youth Conservation Competition on Saturday night which was won by Andrea Chirinoz representing the Southern Environmental Association. 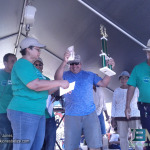 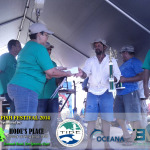 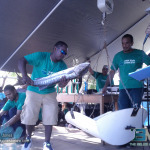 Today, the TIDE compound was filled with activities ranging from sack races, to water melon eating contest, to lime and spoon race.

But the highlight of the day was the fishing competition where over a dozen fishing boats went out at 6 am to fish in the Port Honduras Marine Reserve.

They goal was to bring back the largest/heaviest fish and the best/heaviest diversity of species.

After the weigh-in, Kenworth Martin of the Brown Sugar boat captured the first prize with a Barrow weighing in at 17 pounds.

Taking second prize was Winston Coleman and his boat Morna with a combined weigh in or three species of fish at 27 pounds.

Third place was wo by Gerson Coleman and his boat Juliana.

Another highlight of the TIDE Fish Festival was a guest appearance on stage by Belizean artist Ben McKoy who performed the song “War on Cancer.”