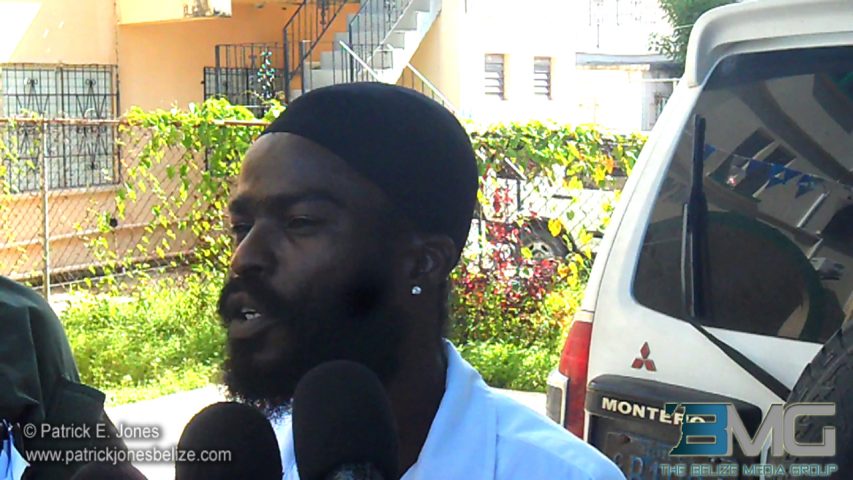 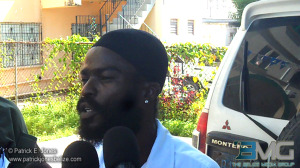 Tuesday, October 14, 2014. AARON HUMES Reporting: The Gang Suppression Unit (GSU) has been firm in its stated aim is to reduce and ultimately end activities of criminal gangs in Belize City.

But while that has often meant face to face confrontations on the streets, some involving violence, it has also been working behind the scenes, and today it brought forward a once notorious name to say that as of now, he is relinquishing the gang lifestyle.

Roger Anthony was the acknowledged leader of the Ghosttown Crips based on Mayflower Street.

He was charged three times with murder – and walked away from all of them.

Now, he says he is walking away from the choices that led to his problems.

Anthony believes that he can live a more positive life by formally renouncing gang leadership and called for an end to the violence in the City streets.

Roger Anthony currently leads a work crew for Cisco Construction working on various projects in Belize City and says he will find work elsewhere when those conclude.

He expects that he will be targeted for his decision, and information to us is that he was threatened with his life if he did not give up his leadership of the Ghosttown Crips.

But Anthony says he means to change his lifestyle and to encourage his former charges to do so as well. 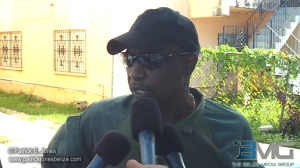 Anthony did not offer any public apologies to those he or his followers may have offended, but he said he was now about looking to the future and being a positive role model for his community.

Anyone, he said, can walk through his territory without fear of reprisal.

GSU Commander Inspector Mark Flowers publicly commended Anthony for his action and sent the word that while the GSU prefers to do this type of policing, it will not back down from the heavy-handed tactics that it also uses.

He called on all residents to support this renunciation initiative.

Both Anthony and Inspector Flowers say there was no coercion of any kind involved in his decision, though Anthony says he reached out to God in an effort to leave his past behind him.