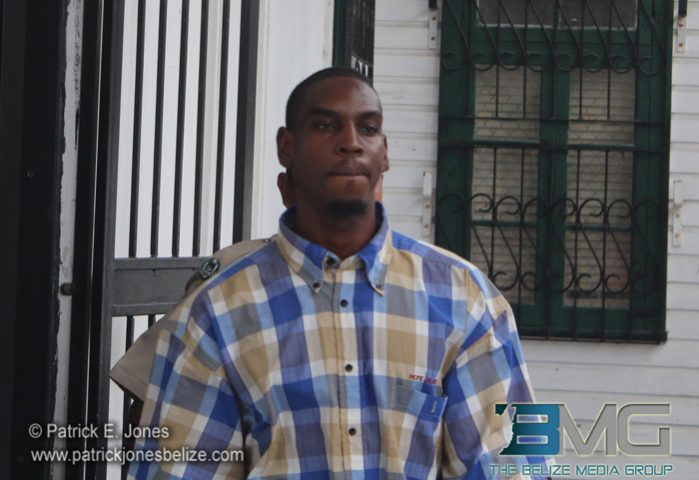 Wednesday, October 15, 2014. AARON HUMES Reporting:  He could have faced as much as seven years in prison at minimum for attempted burglary.

But Chief Magistrate Ann-Marie Smith today handed down a comparatively lighter sentence to 28 year old John Baptist after convicting him of attempted burglary and going equipped for crime, his first offences.

Baptist will serve six months imprisonment on the burglary charge and a further six months if he defaults on payment of a $500 fine on the going equipped charge.

A charge of damage to property was dismissed for lack of proof. Baptist is accused of breaking into the home of Ladyville high school teacher Esther McCord around 7:15 in the morning of February 26, 2014, at Mile 11 on the Old Northern Road.

In court Special Constable James Stuart, a neighbour of Mrs. Mccord, testified that he heard a banging at McCord’s residence and he went to investigate and didn’t see anyone.

He said he called Corporal Derrick Sutherland and they both went to McCord’s residence and saw no intruders.

But shortly thereafter they heard the banging and when they returned to McCord’s residence he saw Baptist running from the verandah of the house.

He said that at the time Baptist had a bag that contained a wheel spanner which can be used as a crowbar.

Baptist gave a statement from the dock in which he denied he committee the offences.

He said he had gone to the area to return a wheel spanner he had borrowed.