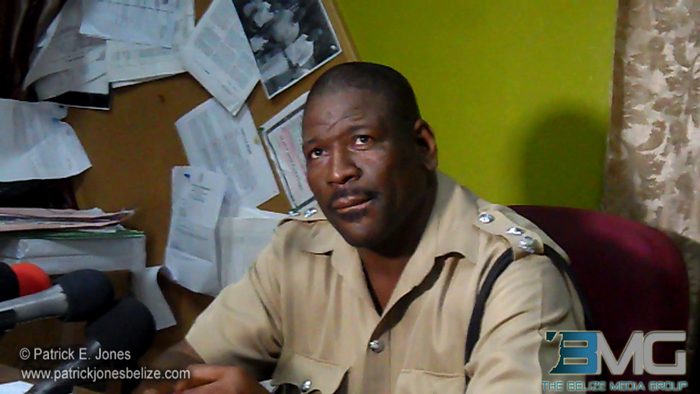 According to police, they responded to a report of shots being fired in the area and found Goodfellow lying dead on the right side of the road toward Hattieville, half a mile from the Burrell Boom Bridge, of multiple gunshot wounds to the body, the hand and the head.

Five 9mm expended shells were recovered from the scene.

Inspector Frederick Gordon, officer in command at the Ladyville Police Station, briefed reporters on the still-young investigation this morning.

In short, police have not made much progress.

Information as to how Goodfellow met his death is sketchy, but best reports suggest the killing may have been retaliation for the Sunday stabbing death of 21 year old Brandon Flowers on Stork Street in Ladyville.

According to Inspector Gordon, police are following as many leads as they can that solve both crimes though so far there has been nothing found that links them.

And there are reports that this is all connected to a group of young men in the village that have supposedly banded together to commit criminal wrongdoing.

Inspector Gordon says police are keeping a close eye on that as well.

Goodfellow was previously accused of aggravated assault with a firearm after a confrontation with 39 year old Alfred Smith in Ladyville over a basketball game in March of this year.

Dating back to 2010 he was named in several burglaries in the Ladyville area.