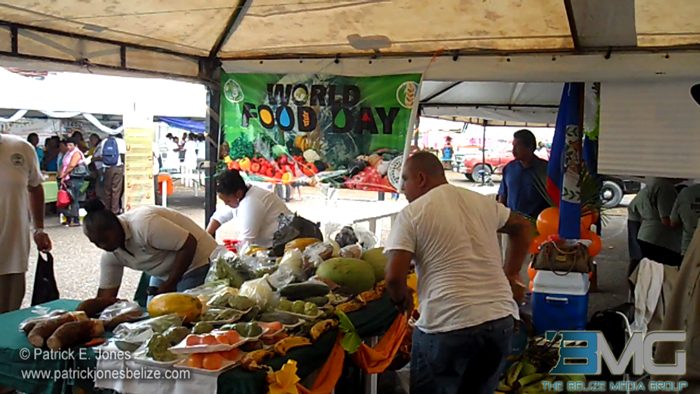 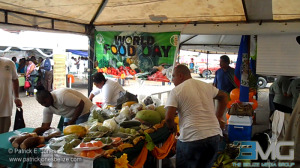 This year the theme, Family Farming: “Feeding the world, caring for the earth”, has been expanded in Belize to call for creating affordable, accessible, sustainable, healthy and nutritious food in Belize.

At the official ceremonies held in Belize City this morning at the ITVET compound, Belize City Mayor Darrell Bradley told the audience that agriculture and food production has become humanity’s greatest discovery, as it has helped us to survive.

It has thus become imperative that the issue of food security needs greater attention in light of climactic and other conditions. 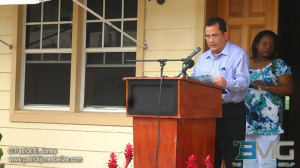 CEO in the Ministry of Natural Resources and Agriculture Jose Alpuche, standing in for Deputy Prime Minister and substantive Minister Gaspar Vega, spoke of the importance of bringing World Food Day to an urban setting such as Belize City in light of this year’s theme.

Alpuche says that promotion of agriculture in urban areas has been undercut by the glossy marketing appeals for unhealthy foods and the overriding need to cut costs in some families. 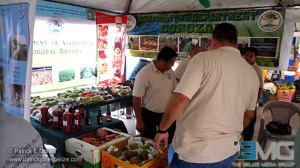 The best way to combat this is at the school level, and so the Ministry announced a project as its contribution to today’s activities – seedlings of lettuce, tomato and other vegetables offered to students to plant at their schools.

These will be handed out at each school countrywide as encouragement to build a productive garden that will help schools cut their food budget and promote healthy eating.

The display of booths from agriculture-related enterprises and Government was complemented by a healthy food cook-off organized by the Belize District Agriculture Office.