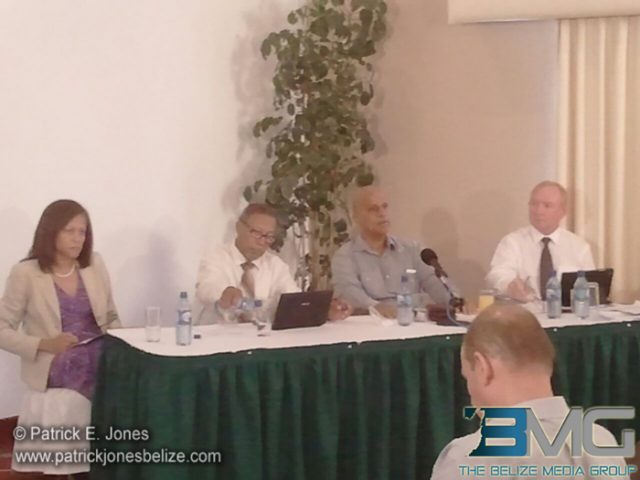 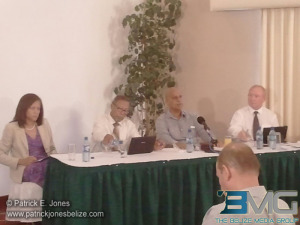 Minister of Immigration Godwin Hulse made the announcement of the visa ban this morning, during a press conference in Belize City which was called by the Prime Minister to address concerns in the wake of a quarantined cruise passenger on board a cruise ship in Belizean waters on Thursday.

An initial statement late Thursday night from the Office of the Prime Minister said the cruise passenger had been voluntarily quarantined on board the ship and was “considered of very low risk for Ebola.”

During the press conference, the Prime Minister explained a marathon diplomatic back and forth between his office, the United States embassy in Belize and culminating with a telephone call from US Secretary of State John Kerry late last night, during which the Americans were pressing the government of Belize to facilitate the evacuation of the cruise ship passenger and her husband via the Phillip Goldson International Airport to the United States.

Prime Minister Barrow explained to the Belizean people that after consultation with local experts, who in turn consulted with officials of the Pan American Health Organization, he decided to refuse to facilitate the evacuation of the quarantines cruise passenger because the health risks to Belizeans would have been too great.

Prime Minister Barrow said that if there was any assurances that Belizeans would not have been exposed unnecessarily, he might have been willing to agree to the request for evacuation, but whatever “window of opportunity” there was closed very quickly. 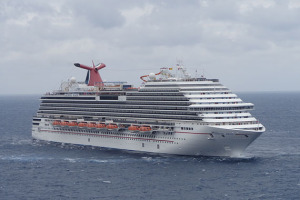 With that, the Belize National Coast Guard escorted the cruise ship Carnival Magic out of Belize’s territorial waters and it departed around 10:30 pm (local time.)

As for the visa ban, Belize is particularly advising citizens of Guinea, Liberia and Sierra Leone that their travel to Belize at this time is not advisable and no one from that part of the world will be allowed to land at the Phillip Goldson International Airport, Belize’s primary international port of entry for air travel.

Minister Hulse did not elaborate, but regarding Belizeans who have traveled to Ebola affected areas in the last 30 days, the Minister says that they will not be denied entry back into the country.

He did say however, that a protocol has been put in place, although the details of that protocol was not divulged at today’s press conference.

Effective immediately, Belize is also ramping up its maritime protocols and cruise passengers will be more closely scrutinized before being allowed to disembark in Belize.

Minister Hulse announced that the ship’s manifest will be checked meticulously and anyone found to have traveled to Ebola affected parts of the world in the last thirty days, will be refused entry.

Also, immigration officials in Belize are being issued with protective gears immediately as part of increased anti-Ebola measures.

The Chief Executive Officer in the Ministry of Health Dr. Peter Allen also announced that additional budgetary allocations have been made from the Ministry of Finance to procure material necessary for frontline employees and to acquire close to 700 hazmat kits as Belize moves to be better prepared for any eventuality of an Ebola case in the country.

So far there are no cases of the disease in Belize.