Mother in trouble for allegedly burning her son’s hand

Tropical Depression could bring lots of rain over Belize 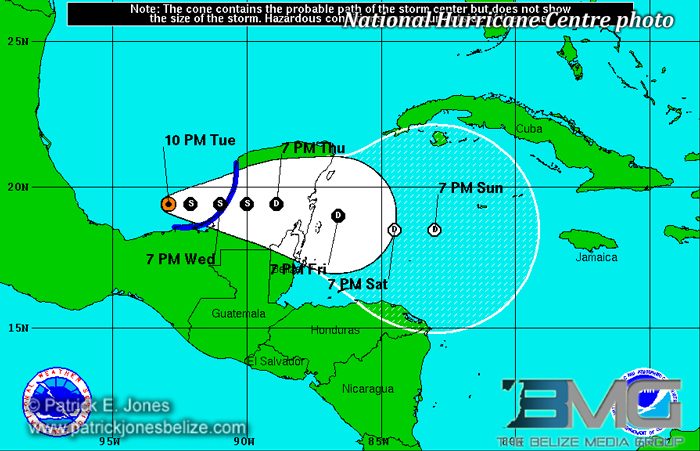 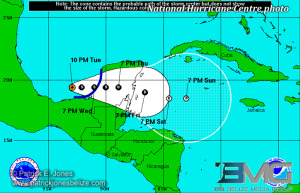 Tuesday, October 21, 2014. PATRICK E. JONES Reporting: A large portion of Belize could be affected by rain from a tropical system that is tracking eastward towards the Yucatan Peninsula.

The Miami-based National Hurricane Center tonight announced the formation of Tropical Depression number 9 over the Bay of Campeche.

At 9 o’clock Belize time tonight, TD-9 was about 160 miles west-southwest of Campeche carrying maximum sustained winds of 35 miles per hour. 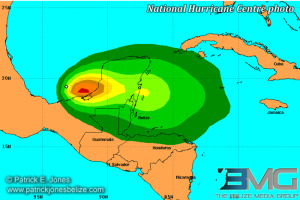 TD-9 is moving towards the east at 6 miles per hour. On the forecast track, TD-9 is expected to approach the coast of Campeche on Wednesday or Wednesday night.

Forecasters expect that TD-9 will strengthen to a Tropical Storm in the next 24 hours at which time it will be named Hanna.

TD-9 is forecast to produce copious amounts of rainfall with accumulations expected to be between 5 and 10 inches across the Yucatan Peninsula in the coming days.

Forecast models show the “cone of uncertainty” including roughly half of the country of Belize through Thursday when the system will emerge into the Caribbean Sea on the eastern coast of the Yucatan Peninsula as it continues on an easterly track into the central Caribbean Sea.