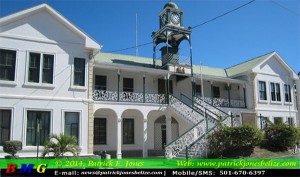 Thursday, October 23, 2014. AARON HUMES Reporting: Belize International Services Limited (BISL), the former manager of the Corporate and Ships Registries, is demanding $120 million from the Government of Belize over the 2013 acquisition of both registries which they say is arbitrary.

Their claim seeks constitutional relief for alleged deprivation of property but before it can be substantively heard before Supreme Court Justice Michelle Arana, the Government’s attorneys, Senior Counsel Denys Barrow and Naima Barrow, applied to have it struck out. 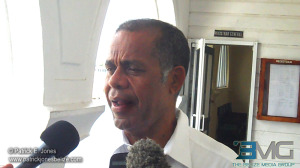 Denys Barrow told reporters on Wednesday that the claim was improperly brought for constitutional redress and would work better as a standard claim for damages.

Barrow told us that there are other options to settle the matter even though they disagree about the nature of the takeover and the compensation to be paid if any. 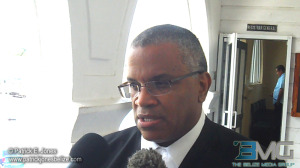 Appearing for the other side is Senior Counsel Eamon Courtenay who says the court has final discretion on the matter but his clients believe they were wrongfully deprived of their property under the Constitution.

Earlier this month BISL won a judgment voiding an assessment of $30 million in taxes claimed by the Income Tax Department for the status of operating as an international business company in Belize.

Justice Arana reserved her judgment for a later date.