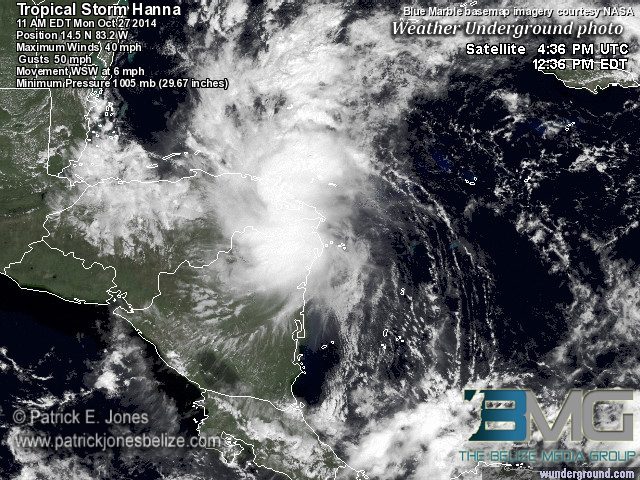 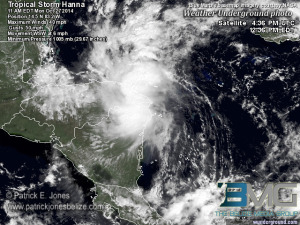 The eighth named storm of the 2014 Hurricane Season formed early this morning near the coast of Nicaragua.

Tropical Storm Hanna, with maximum sustained winds of 40 miles per hour, poses no threat to Belize and her coastal waters at this time.

Forecasters expect that Tropical Storm Hanna will be short-lived as its west-southwest movement at 7 miles per hour, will take the storm over land this afternoon after which it is expected to quickly break up and dissipate within the next 24 hours.

Tropical Storm Hanna is expected to bring almost 12 inches of rainfall over northeastern Honduras and Nicaragua in the coming hours and flash floods and mudslides are expected as a result.

So far this year, there have been 6 hurricanes, two of them major hurricanes.

Just over a month remains in the 2014 Hurricane Season which ends on November 30.