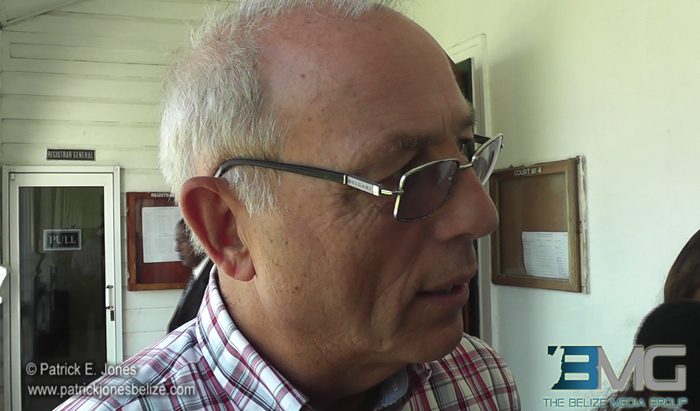 It is a dispute over usage of lands along the sea coast in northern Ambergris Caye.

Proprietor and resident of Santa Rita Holdings and Tabony’s Industries, Gus Tabony, sought an injunction to stop his opponents from making use of riparian rights along their sea frontage property.

According to Tabony Reef Village’s actions are not permissible despite being tolerated for some time, as they degrade his use and enjoyment of his property and prevent him from going through with his plans for the area. But Supreme Court Justice Michelle Arana refused the injunction sought, as explained by attorney for Reef Village, Darrell Bradley, who said there were concerns with how long the case had dragged on – five years from its first lodging in 2009.

The matter is one of compensation rather than injunctive relief.

According to Bradley the matter will be finally settled at trial next January 19 and 20. But asked, as Mayor of Belize City, how would a similar situation be handled here in Belize City, say at BTL Park if a barge docked without permission and started to unload material, Bradley says the municipality would have moved more swiftly than his opponents did to seek judicial intervention.

He expects that the case will be practically resolved to the benefit of all.

Gus Tabony has been a naturalized Belizean resident for over 30 years and owns the design company Tabony’s Industries, now based in Ladyville.