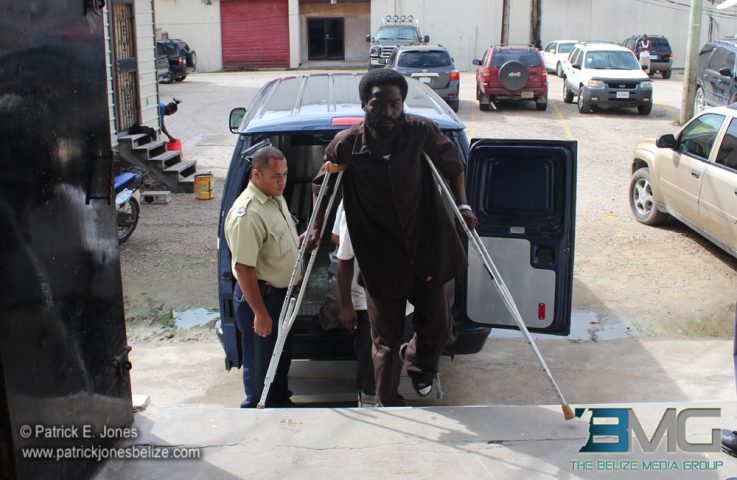 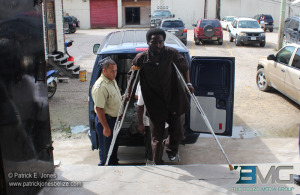 Tuesday, October 28, 2014. AARON HUMES Reporting: Despite announcing two weeks ago that he was leaving the gang lifestyle for good and encouraging others to do the same, 37 year old Roger Anthony is back in trouble. 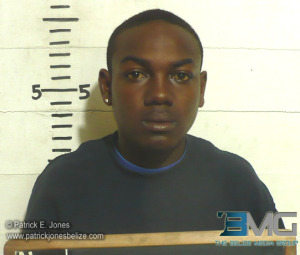 He and 23 year old Kendis Flowers are accused of attempted murder, aggravated assault and damage to property for a shooting incident which took place on Sunday night, October 26 at the Banak Street residence of Sheldon “Shelly” Meighan, matriarch of the Meighan family.

Anthony and Flowers are alleged to have shot at the Meighan residence a concrete bungalow house, injuring no one but causing damages to four louvre windows, a wooden door and a concrete wall.

Anthony was separately charged with keeping a firearm and ammunition without a gun license after police recovered a black Taurus 9mm pistol with six live rounds of ammunition in the magazine.

Because the charges arise from the same incident and will be tried on indictment Magistrate Herbert Panton remanded the pair until their next court appearance.

Anthony was on crutches in court as he is recovering from a broken bone on his left foot which he received, allegedly while attempting to run from police.

Anthony claimed to be dropping the leadership of the Ghost Town Crips gang based on Mayflower Street but street sources say there was a dispute over who would take over and Anthony apparently decided to target former lieutenants the Meighan brothers.