Gospel music explosion set for next month in San Ignacio 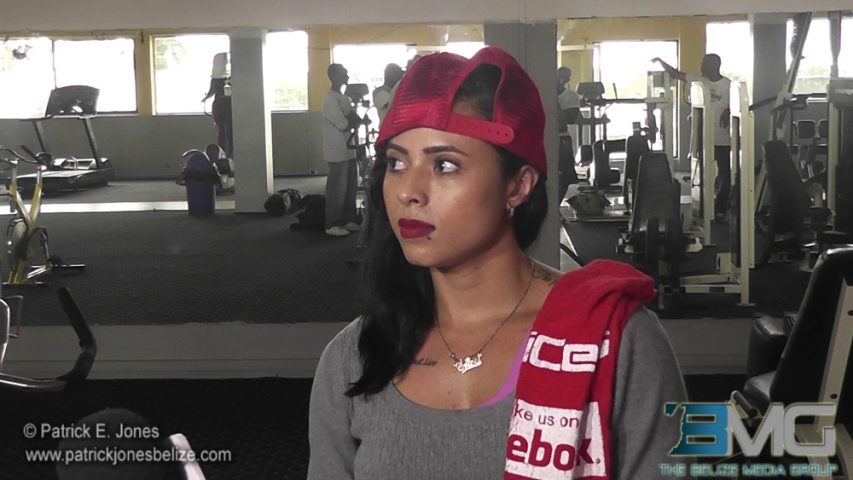 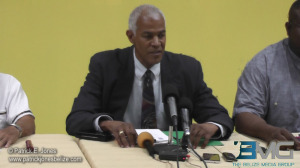 Wednesday, October 29, 2014. AARON HUMES Reporting: The rift between members of the Belize Body Building and Fitness Federation (BBBFF) has now exploded into the public eye. 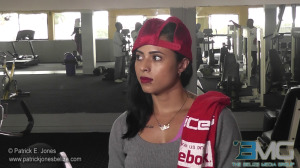 Her outspoken post on social media network Facebook resulted in a two-year ban on Castillo imposed by the Federation, starting with this year’s annual championship, won by Gina Lovell in her absence.

Today executive members of the Federation met with the press in Belize City to address the allegations and the way forward.

Federation President Stanley Moody issued a formal denial of the charges that monies awarded by the Belize Olympic and Commonwealth Games Association (BOCGA) for the athletes were taken by him for his own expenses to attend the event.

He says he independently approached Olympic president Hilly Martinez for personal sponsorship and was offered half his costs, about $2,000, a similar amount to that offered to both Vellos and Castillo.

Bodybuilding is not an official Olympic sport and thus is not officially supported by the BOCGA; it must depend on sponsorship from business solicited by athletes and limited assistance from the Ministry of Sports and National Sports Council. 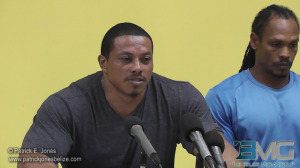 Vellos, who spoke with Castillo after she told him that she was running short on funds for airplane tickets, said he made clear to her that she needed to get an official letter of representation from the Federation.

He says Castillo needs to mature in the sport and recognize that the sport is bigger than her and not to burn bridges with the Federation.

The Federation offered Castillo an opportunity to apologize, but when she appeared at the place of meeting with two attorneys in tow they were ordered to leave by Moody, who says her actions generally violate the Code of Conduct of the Federation. 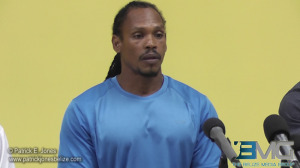 Former trainer and bodybuilder Clayton Grinage denies abandoning Castillo but like Vellos says this is an opportunity for her to mature into the sport.

The Federation will not change its mind over the ban but says it may re-evaluate Castillo’s position down the road.

The Moody-led executive is in the middle of a three-year term and Moody plans to stand for re-election in 2015.

Castillo herself appears to be moving on.

She has left the world governing body of bodybuilding, the International Federation known as IFBB of which the BBBFF is a member, and joined a rival.

She now trains on her own and when we caught up with her today she insisted that she has no idea what she is suspended for.

Castillo says she was merely expressing her opinion that the Federation has not been forthcoming with where the funds went to and if it is that for which she is being punished then she will not apologize because she feels cheated.

Castillo says she was not aware – and contends Vellos was not either – of any rule demanding that an athlete goes to the Federation for an official sponsorship letter.

She was able to raise the money through an alliance with Digicell and BTL, but declined to mention an amount.

She says she will move on with the support of her fans and is determined to follow her dream of becoming a professional competitor.

Meanwhile, the Federation has contended that its current executive has been having problems establishing itself since its election in 2012.

It has had isssues of location but the big issue is sponsorship. 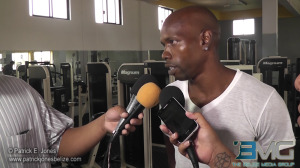 This is at the root of another dispute involving Mr. Physique winner Clinton Tucker, who objected to the small cash prize he received for his win at the recent championships when he picked it up from BBBFF president Stanley Moody, resulting in Moody having to forcibly eject him from his premises.

But the truth of the matter, according to Moody, is that the sport is amateur and the money is just a recognition of the talent which participate in bodybuilding events.

If Tucker has issues, he says, then he can always not participate.

But Tucker believes the Federation is in fact biased for one athlete in particular – Rigo Vellos.

He argues that the Federation only throws its support behind “golden boy” Vellos to the detriment of other athletes, and accuses them of being lazy to find sponsorship for major tournaments for participating athletes.

Nonetheless, the Federation says it will move forward.