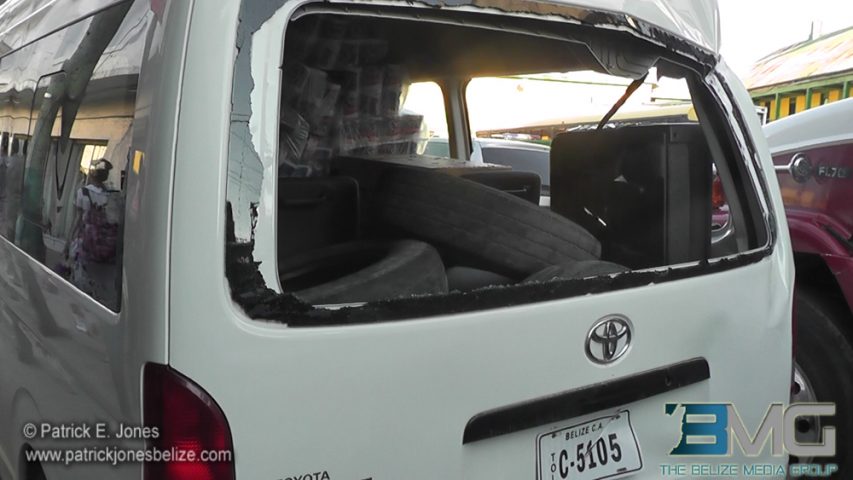 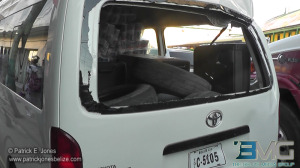 Wednesday, October 29, 2014. AARON HUMES Reporting: The National Fire Service has taken responsibility for an incident which took place late on Monday evening as trucks responded to reports of a fire near the Majestic Alley area of Belize City.

But they claim that it might not have happened if the fire report had not turned out to be a false alarm. 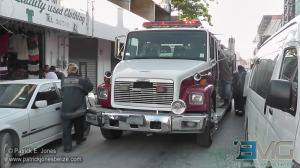 But en route the truck’s bin opened suddenly and slammed into the back windows of a parked white van in front of Angelus Press on Queen Street, damaging two of them.

While that scene was being processed another report came in of a fire on the South side but that too was a false alarm.

The Fire Service reminds that time spent responding to these prank calls takes away from real emergencies and can be dangerous all around.

The primary response number for fire in Belize City is 90 and the office number 207-2579.