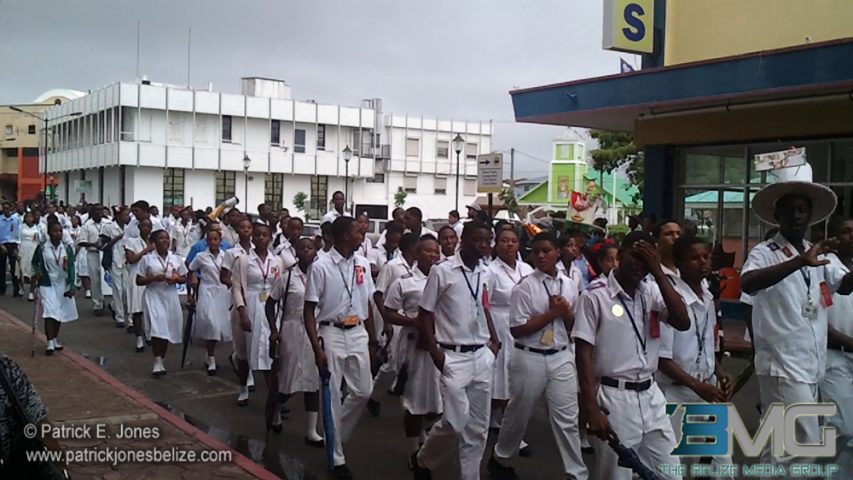 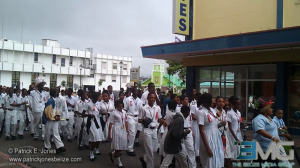 Wednesday, October 29, 2014. AARON HUMES Reporting: If it’s the last week of October in Belize City, it must be time for Wesley College’s Red Ribbon Week, an initiative begun 16 years ago at the Methodist-managed high school to promote drug awareness and smart decision-making by a vulnerable section of the population.

With evidence that more teenagers are using drugs like marijuana, tobacco, alcohol and even cocaine and others on a recreational basis than before, the school’s message remains the same: making the decision to use drugs opens you up to sometimes irreparable damage, both physically and mentally, and ruins your standing within the community. 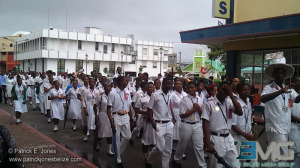 Today, Wednesday, is known as Red Ribbon Day, and the school’s student body paraded in the center of town shouting anti-drug messages in the way that only exuberant youth can.

The parade was preceded by a church service at Wesley Methodist Church.

This is the high point of a the full week of activities which includes in-school competitions, guest speakers from the National Drug Abuse Control Council (NDACC), and on Friday a “Wear Red Day” and “Roast and Toast” event to close the week.

The initiative was established in the United States over 30 years ago and has spread to other countries including Belize, where Wesley first established it in 1999.

Wesley College was first established in 1882 and has over 600 students.

The theme for this year is “Love Yourself, Be Drug Free!”