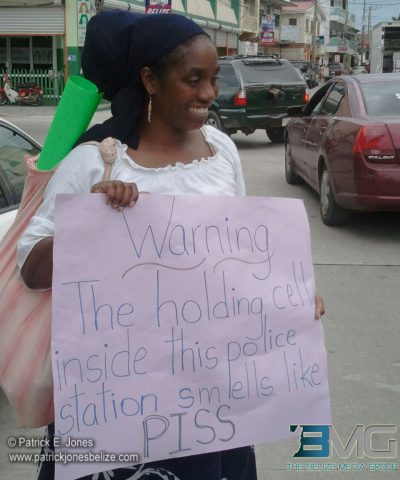 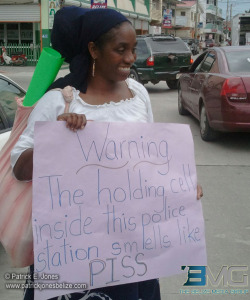 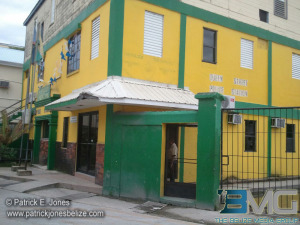 Queen street police station the site of the protest, is the oldest and most infamous, called “pisshouse” because of the collection of urine and fecal matter on the floor which is rarely washed out by police.

Marin Coleman has been joined by the human rights commission of Belize which will issue a press release in support.

The activist wants a meeting with police authorities but will continue her one woman protest until conditions improve.

A full story will be posted later.