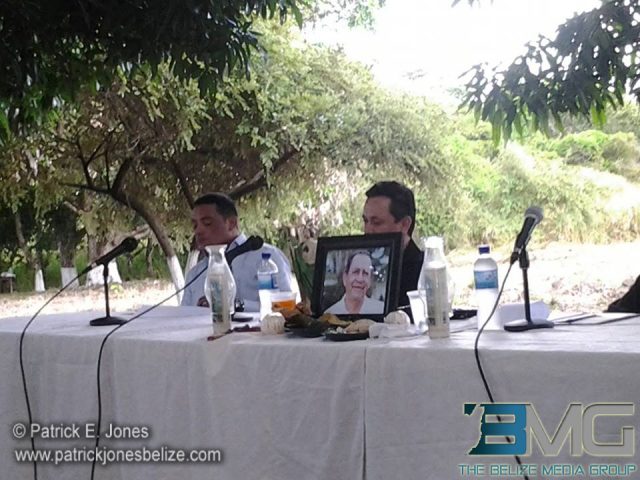 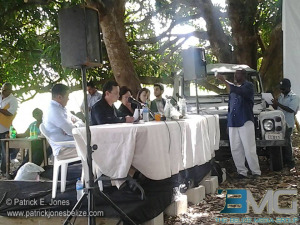 Wednesday, November 5, 2014. ORANGE WALK BUREAU Reporting: A memorial service for the late Ramon Cervantes Sr, businessman of Orange Walk Town who was murdered on July 1st 2014 was held today at a field next to where he was last seen alive. 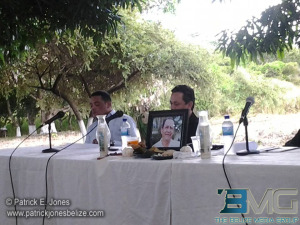 The memorial drew a large crowd that included hundreds of supporters, mourners and concerned residents of Orange Walk town.

And while it was a sombre mood, a damning revelation was made by the Cervantes Family pinning a prominent Police Officer and Government Minister as the masterminds behind the patriarch’s demise. 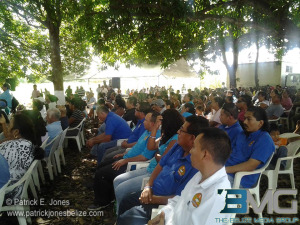 A transcript which revealed an alleged conversation between Cevantes’ wife Vilma and fugitive Manuel Castillo, accused ring leader of a group which assassinated Don Ramon Cervantes was read to the congregation.

In the transcript, the very serious allegations were contained, that a senior police officer and a senior government minister were somehow involved in the murder of Ramon Cervantes, Sr. 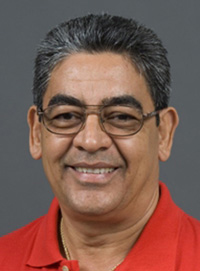 And while the Cervantes family memorial/press conference today dropped the bombshell allegations it did not take very long for one of the persons named to fire back.

The Honorable the Deputy Prime Minister, Mr. Gaspar Vega, sent out a short but strong statement via the Government Press Office.

In the statement, Deputy PM Vega said that the voice recording that was aired in a live radio broadcast of the event contained “the most outrageously false and defamatory allegation against the DPM.”

The statement says that Vega “condemns those that caused the recording and allegations to be played, and those that carried the broadcast.”

The official statement ends by saying that the Deputy Prime Minister has already consulted his attorney and plans to pursue legal action against any other media house which “in any way further circulate the reprehensible libel against him.” 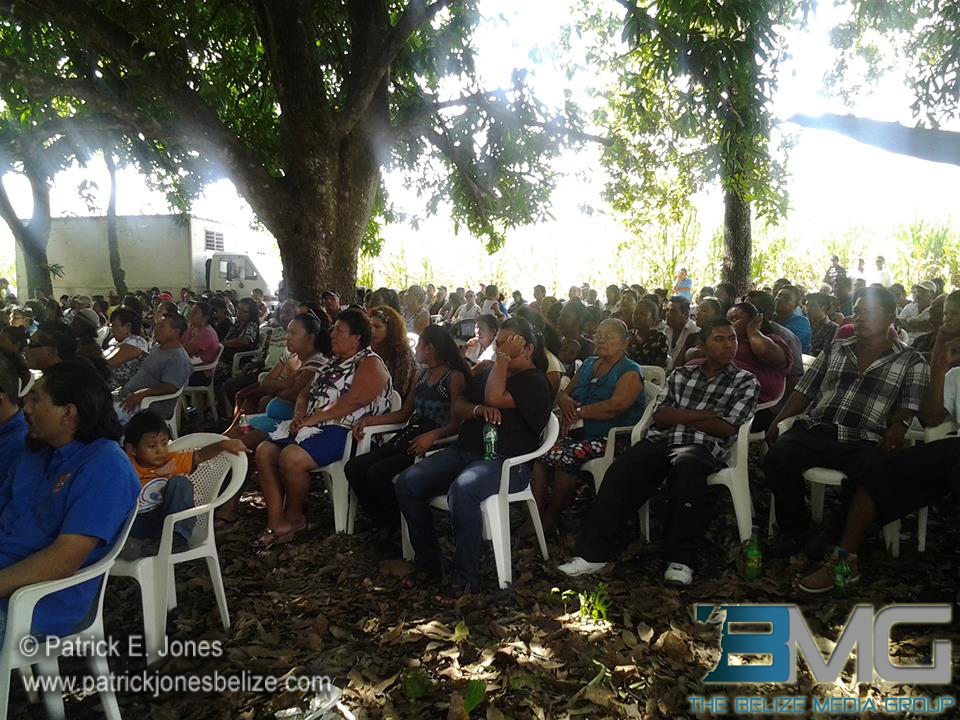 Attendees at the memorial service