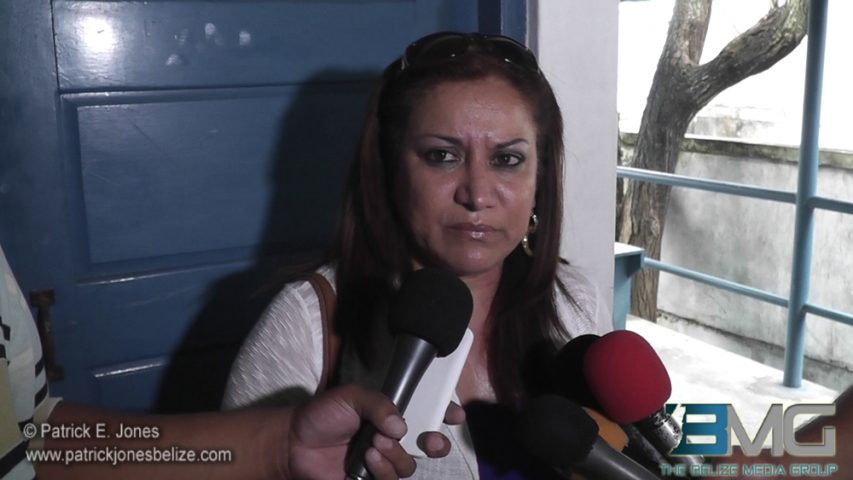 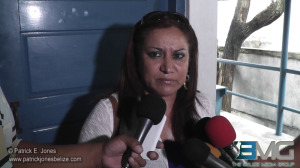 Wednesday, November 5, 2014. AARON HUMES Reporting: Her last – and first – campaign for a seat in the House of Representatives in 2012 ended in tears and heartbreak as she was denied the opportunity to run for elected office over concerns about her nationality.

But businesswoman and community activist Yolanda Schakron, is the People’s United Party’s choice for Mayoral candidate in Belize City, seeking to unseat the incumbent Darrell Bradley and his experienced team, including eight current Councillors.

Schakron, who leads the PUP’s United Women’s Group, says she has bounced back from the disappointment and now has her sights set on the Mayors office.

In an interview with reporters on Tuesday, Schakron pronounced herself unsatisfied with Mayor Bradley’s work in Belize City over the last two and a half years, saying that from her walk-through of especially depressed areas shows that the current Council has failed to respond to social concerns including unemployment and crime, which she contends are just as important as fixing streets and drains and tackling sanitation.

Schakron points to more of a social democratic view, taking offense to the placement of a bar in the upgraded BTL Park – which the Mayor has contended does not fit that description – and a general disconnect between City Hall and its constituents.

If successful, Schakron would join the UDP’s Zenaida Moya as the only women to occupy the Mayor’s office at City Hall.

The PUP will announce Schakron’s running mates later this week.

Municipal Elections are scheduled for March 4, 2015.