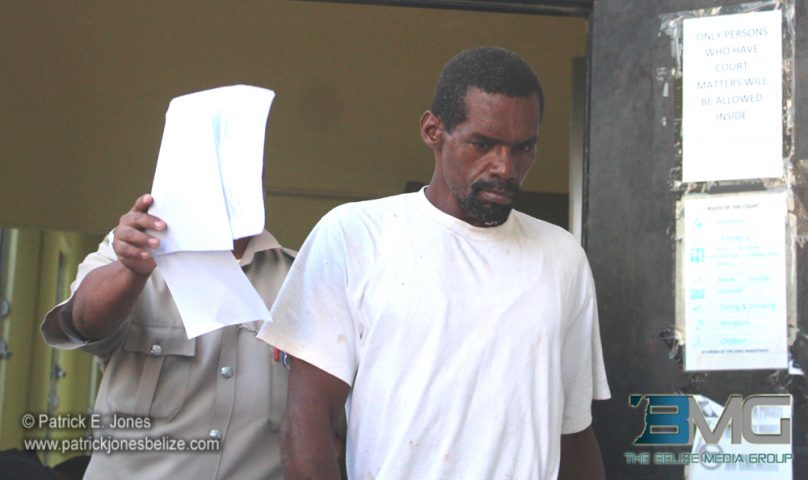 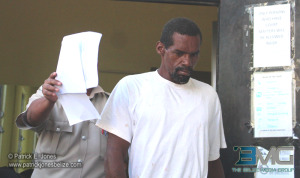 Tuesday, November 11, 2014. AARON HUMES Reporting: Accused thief and admitted drug addict 42 year old Jason Wade of St. Matthew’s, Cayo District, will be given the next two and a half years to clean up his act.

That is how long he will spend in jail after pleading guilty to theft before Senior Magistrate Sharon Frazer, his fourth conviction after twice facing theft charges and a separate burglary charge.

Police responded to a report of a burglary in progress on Faber’s Road extension around 12:30 in the morning on Monday and found Wade with his intended victim, Daniel Chavarria, holding him in custody in Chavarria’s yard.

Chavarria told police that Wade had broken into his vehicle that was parked in his yard and stole a measuring tape, one Samsung cellular phone, a hammer drill, a headlight and clothing items all valued at $1,260.

Wade took the police and Chavarria to an adjacent yard where they recovered the stolen items.

Before he was sentenced, Wade asked Senior Magistrate Fraser for leniency.

He told her he has a drug problem and he asked her for help.

She told him that during his time in prison, he should enroll in the Ashcroft Rehabilitation Centre to address his addiction.