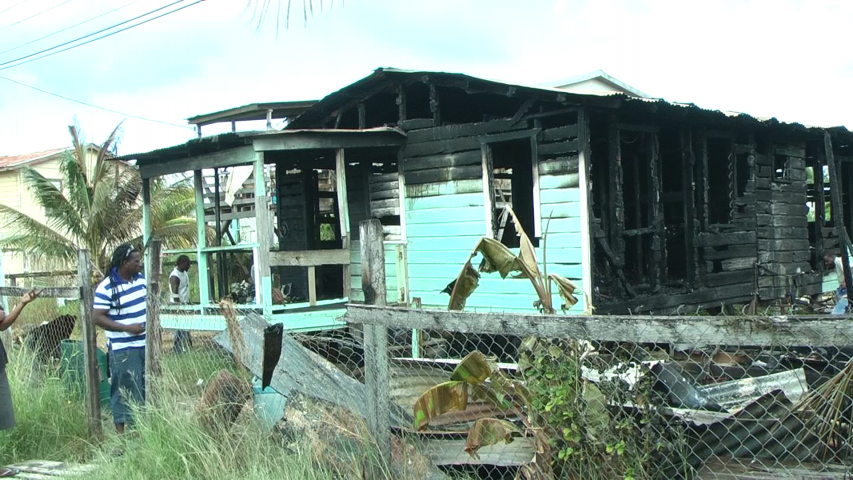 Wednesday, November 12, 2014. AARON HUMES Reporting: More than ten persons are homeless after a fire erupted early this morning in a family yard on Maskall Street in the Port Loyola area. 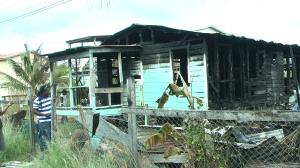 Linton Maskall had gone out to buy food and says he returned to see his home on fire, although his three children and the nine staying with his sister Carol were already safe.

According to Maskall both he and his sister, whose residence is actually her mother’s, lost everything. The other houses in the yard, a white in color wooden house with zinc roofing, belonging to Marlon Maskall, 38 years, and an unpainted wooden  house, with zinc roofing, belonging to Gilbert Maskall, 31 years, tour guide, were partially damaged. Linton Maskall appealed for assistance from the community, saying that he had to put his children through school and his sister was an unemployed single parent who did domestic work to survive.

None of the houses were insured.