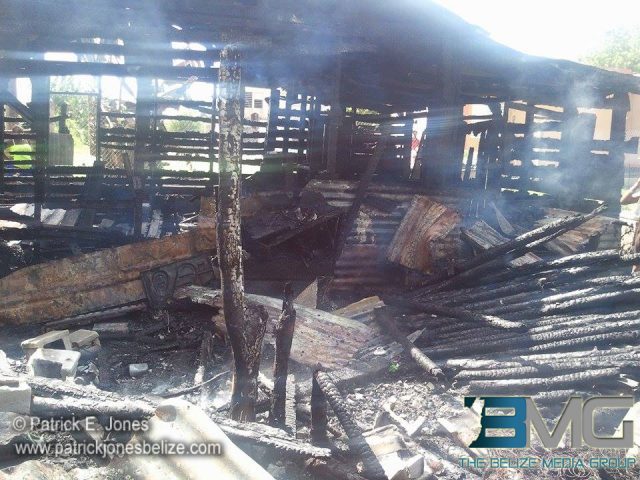 Monday, November 17, 2014. DEVON YOUNG Reporting: A house was destroyed by fire this morning in Corozal, leaving a family of seven homeless.

The house on College Road, which belonged to the Gibson family caught on fire around 11 am today. 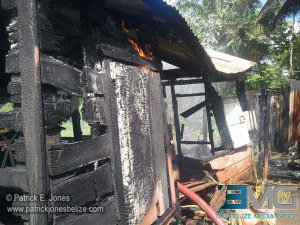 Fire-fighters responded to the call for help and within 15 minutes had brought the blaze under control; but not before all the contents of the house were consumed.

It is believed that the fire started in the kitchen area of the house.

The occupant, Pauline Gibson had just returned from morning shopping in town and was starting to prepare lunch for her family when the fire started. 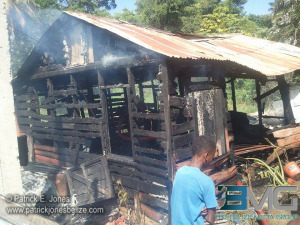 After lighting the stove and putting on some eggs, Gibson says that she went into her bedroom to change her clothes.

Upon exiting the bedroom she realized that the wall near the stove had caught on fire.

The value of the house is not known at this time and the exact cause of the fire is now the subject of an investigation by the Corozal Fire Service. 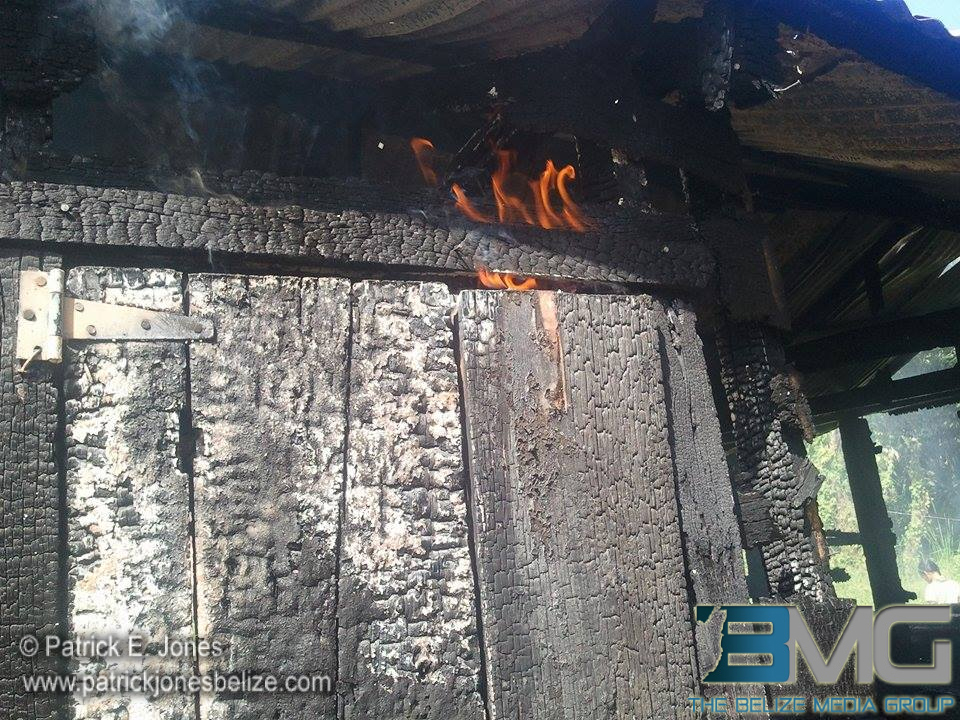