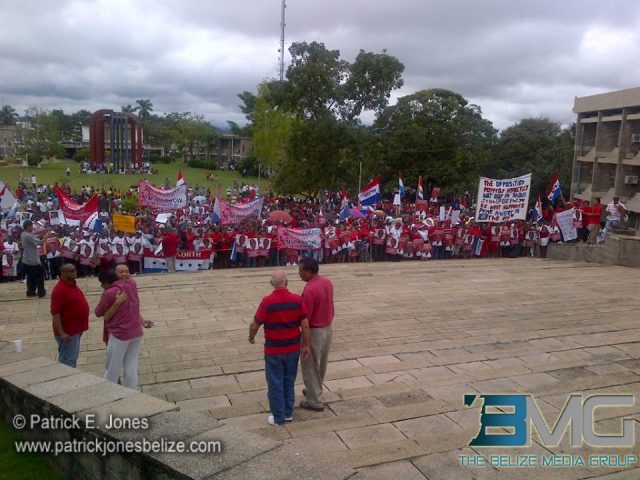 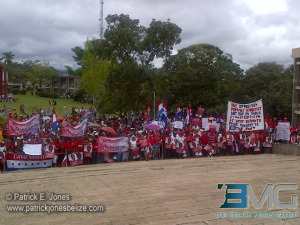 Belize finds itself mired in political, social and economic chaos…most of the people have scarred themselves, growing a tough skin of cynicism and skepticism, to protect themselves against their loss of hope….while some have become blatantly violent, expressing their frustration outwardly with slanderous tongues….and the sword.

The principal challenge for the people of Belize is their willingness and ability to identify and elect leaders with vision….who offer specific solution options to our challenges….and who have the political will to implement the chosen options that are in the best interest of all the people. Since Independence, our various governments have chosen instead to respond to a narrow range of special interests…resulting in a widening gap between the special interests who have… and those marginalized or victimized, who don’t….even though the economy has grown significantly since then.

Thus, Independence has generally been a good thing for Belize in terms of growth….even though the growth rate has been meager in the recent past.

What has not been so good about Independence is the way how this growth has been distributed among the people….and that the growth has been fueled by escalating debts, and not by competitive domestic production of goods and services that create real wealth.

The challenge going forward, is to achieve more rapid and stable GDP growth averaging 4-6% per annum, with wealth more evenly distributed among all the people….such that an oval-shaped economy is created, with a vibrant, entrepreneurial middle class….allowing for advancement of all persons according to merit, ability and integrity.

Career politicians have ruled our political landscape….entrenched supreme leaders, mostly of the frock….seem to think that politics is a monopoly game….creating propaganda entertainment that distracts the masses, with placating dependency-creating projects and programs…and the winner-takes-all hands in the cookie jar. Once you past go….you can collect two hundred….and not go to jail.

This game has worked so well….for so long…..that would-be tyrants pile up at the gate of “service to the people”….and the would-be good leaders debate with their colleagues in isolated forums…shouting from out in left field…or spend their time writing and making propositions that fall on deaf ears. The cream falls to the bottom….and the milk curdles in chaos.

With no vision and practical solutions clearly articulated by leaders….the people wonder, lost in the deep blue sea, shifting course with the wind, and no safe port in sight….the challenges of ever rising debt, deficits and unemployment….forcing decline in real investments…express themselves in falling real incomes, rapidly rising cost-of-living, growing defaults and foreclosures, higher school drop outs, dysfunctional families, continuing brain-drain, rising crime and insecurity…all sorts of resorting to desperate measures to “make ends meet”….while those with their hands in the cookie jar (and those hanging on their coat tails) live their fake nouveau riche Hollywood lives, slandering the people from their bully pulpits for being lazy failures…using resources of the state to wrongfully enrich themselves and their allies….and to give handouts that create a negative feedback cycle of dependency and complacency.

BUT….nothing flies faster than money out of the hands of fools.

The solution lies in restructuring the economy to be more competitive and productive….so that the natural resources and human capital of the country can be developed to create growing real wealth in a more equitably distributed manner….and not based on “borrow and spend”, as has been the case since Independence until now.

NONE of our leaders seem to know what it takes to restructure the economy to become more competitive and productive…..none of them have presented a credible plan to the people.

Things have gotten so bad…..that people are no longer trying to hold on, waiting for default and foreclosure to be forced upon them….they are selling out for pennies on the dollar….voluntarily giving up most of what they have worked for all their lives….preferring to lose a mile to save an inch. The local sharks whom piled up resources from the “special interest economy” and foreign speculators are having a field day….Belize and Belizeans are being sold out for cheap.

Yesterday, the Government of Belize…for the first time in recorded history….paid a pretty penny to bus in large crowds from all over the country to “demonstrate their support” for the government’s use of Venezuela “PetroCaribe Loan/Funds” before it was passed through the legal process of obtaining approval from the House of Representatives and the Senate. By doing this, our government is saying that the court of public opinion absolves them of their duty to abide by the Constitution and laws of Belize. This new form of STREET JUSTICE does not bode well for our struggling democracy…..anyone and anything can be sacrificed if the bank-rolled “court of public opinion” so approves.

Belizeans are very grateful to the government of the Bolivarian Republic of Venezuela, for so generously affording Belize the concessionary credit via the PetroCaribe agreement for supply of fuel to Belize.

However, this is currently the greatest threat there is to the democratic way of life and balanced development of Belize. This unilateral bankrolling of the ruling party can and is being used in myriad of ways to entrench and fortify its political, social and economic power over the people.

The seemingly laxed terms and conditions of this perpetual line of credit….tied to the driver of cost-competitiveness of the Belize economy…..fuel….controlled and used at the whim of the ruling party….can and will continue to be used against the best interest of the people of Belize….if purpose and discipline is left unchecked.

Certainly, this was not the intention of our Bolivarian friends.

The people of Belize, through their political, economic and social institutions, must find a way to officially communicate this concern to our friends, the people and government of Venezuela….so that urgent actions are taken to streamline the terms and conditions of this line of credit (aka LOAN)….so that the purposes for which it is used….and the transparency and accountability required….guarantees, to the degree possible, that these funds are not used to subdue the rights and best interest of the democratic life and best interest of the Belizean people. Oversight for the use of this money can and must include more than just the ruling party….perhaps through a “credit management committee” with representation from the opposition, social partners and lenders representative, with approval, appropriation, oversight, full disclosure and performance appraisal powers.

Out of chaos will come order.