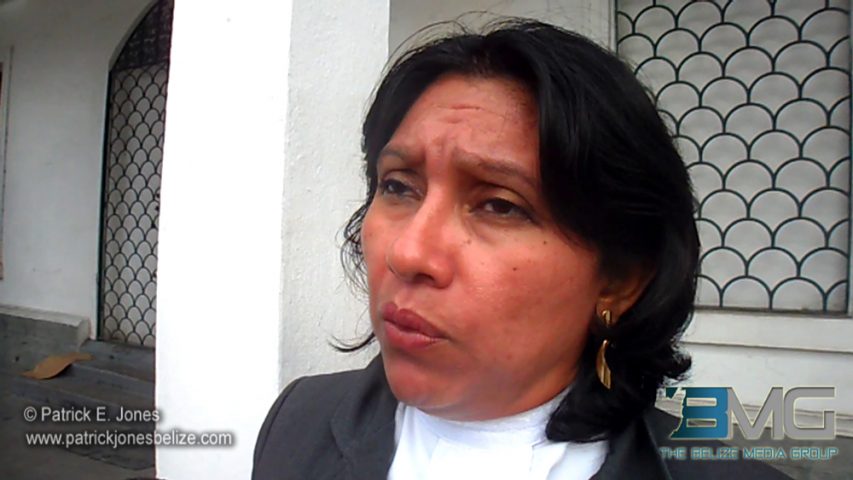 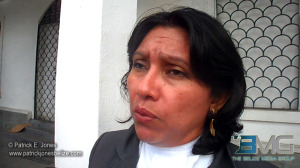 Friday, November 21, 2014. AARON HUMES Reporting: 41 year old Indira Skeete and her two sons, 23 year old Linsford Lord and 20 year old Hansel Ciego, charged with keeping a firearm and ammunition without a gun license on Monday, November 17, were released on bail of $5,000 each today after a bail hearing before Justice Denis Hanomansingh.

According to police, on November 14 they went to a residence at Dean Street and found a 9 millimeter pistol with 5 rounds of ammunition in its magazine in the yard on top of a dog house next to the fence.

But this is the first major case brought under the amended Firearms and Crime Control Act passed in October and is the first test of a provision that waives the ten days’ notice granted to the prosecution for bail applications before the Supreme Court.

Attorney for the family, Audrey Matura-Shepherd, said she went around to all the authorities trying to get her clients out of stir and was only successful today.

The bail was granted on the condition that Skeete and her sons report to Queen Street Police Station every Friday beginning November 28, they are not to interfere with witnesses and that they surrender all their travel documents to the police station.

According to Matura-Shepherd, attorneys should make use of the provision to lessen the time of clients in jail on firearm-related charges, notably possession.

But she says there are still issues with the law’s application, particularly the requirement of access to a police record to prove good character.

These records typically take at least one day at their fastest to complete, and with time not on her side, Matura-Shepherd called in some friends who got a background check done which she presented to the court in evidence.

She also noted in addition to standardizing what the court accepts as evidence of good character, that bail applications should be heard as quickly as possible in the interest of immediate justice.

Matura-Shepherd told us that a special police unit conducted the raid, first inside the home where nothing was found.

Upon being detained at the police lock-up, Miss Skeete, who was feeling ill and on her monthly period, was not allowed to use the bathroom without the presence of a female officer, and could not shower because those in detention are only allowed to wash up before going to court.

Because there were no female officers on shift at the time, the attorney had to offer an undertaking to police that she would be responsible for safely conveying Miss Skeete to seek medical attention.

The trio return to court on January 15.