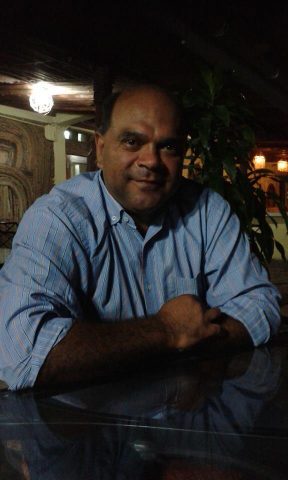 Yesterday, Richard Harrison submitted his application to contest the upcoming Cayo North convention for the People’s United Party. According to the Secretariat of the party, so far, his is the only application that has been submitted. 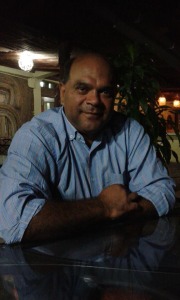 His application has been received “like a breath of fresh air” by many from Cayo North, from across Belize, and also from Belizean diaspora and friends of Belize, who have been following his many concrete and practical analysis and recommendations on Belizean economic, political and social issues, and which have been published by various mass media over the years. Anyone can Google “Richard Harrison Belize” to view his many achievements and publications, and appearances on the local and international news promoting his ventures and agitating for improving the investment climate in Belize.

This offer of service comes at a time when Belize is experiencing close to 20% unemployment (higher for youth and women), escalating cost-of-living and cost-of-doing-business, large numbers losing their homes and businesses or barely making ends meet, rapidly deteriorating public infrastructure in most parts of the country (even as a few choice areas see improvement), widespread corruption and graft, rising violent crime and acts of despair and desperation, general decline in domestic and foreign green-field investments, importing three times the amount exported with a rapidly growing deficit, national debt exceeding 100% of GDP, growing questionable and illegal acts by a government devoid of purpose and discipline other than political survival…and worse, general loss of confidence and hope. 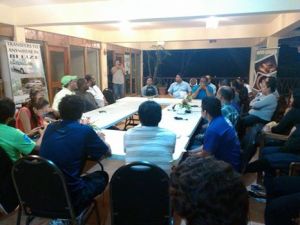 Mr. Harrison’s recommendations focus around improving the competitiveness and productivity of Belize by working the Mixed Economy, growing a vibrant entrepreneurial middle-class by improving policies that achieve better wealth distribution, and expanding opportunities for all the people of Belize to advance more based on merit, ability and integrity, than on the current systems of special interest favoritism, connections and nepotism. The general objectives being to achieve full year-round employment and an economy that grows sustainably at a average rate of 4-6% annually. In this environment, the people will be able to afford more and better education, health and social services, which are the true and tried way to reduce poverty and dependency, resulting in improved standards of living for all, instead of paying political lip service and the tendency since Independence to cook up gimme-tenk-yu pandering and placating corrupt projects and vote-buying that only serve to reduce the self-esteem and self-determination of our people.

Richard is a patriotic citizen only of Belize, born and raised in San Ignacio, and has always been registered to vote in the Cayo North constituency, even though he has lived for short periods away from San Ignacio to pursue his studies, and to work and do his various business ventures. In 1995-96, he served on the Central Party Council of the People’s United Party, as a candidate who could communicate and work with all the divisions and sub-divisions of the party. He brings a wealth of knowledge and experience in starting and developing private sector investments, which he hopes will serve Belize well in addressing its pressing need to create long-term employment, especially for youth and women, based on the sustainable development of Belize’s natural and human resources. 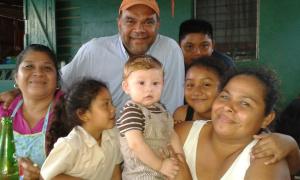 Most people who know Mr. Harrison are not surprised by his decision to serve Belize. He has always been a people’s person, widely known and respected, with a long history of interest in Belize and Belizean affairs. He volunteered over the years on the Belize Blood Donors, Junior Achievement program for youth entrepreneurship, the founding committee for Expo Belize of the Belize Chamber of Commerce and Industry, the founding board of the ITVET vocational education project, the founding committee of the Belize Scout Association Endowment Trust, the founding committee of La Ruta Maya Belize River Challenge, the regional board of the Caribbean Agriculture Research and Training Fund (CARTF), and has more recently spearheaded the Belize Education Excellence Society and Summer of Gold (Verano de Oro) projects, which remain work-in-progress.

In terms of his participation in private business, he worked for five years in senior management at James Brodie & Co. Ltd import-export business (1990-96), for three years in his family Big H businesses (1997-2000), and since in his own Verena Foods and Harrison Chemicals ventures, which he has recently suspended due to victimization and wrong-headed policy changes by the current government, but which he will revive to export levels once the policy measures are corrected.

He launched the first commercial processing and packaging of “Big H” brand coconut water, “Stamina” brand seaweed drink, “Verena’s” brand of natural honey, cohune and other edible oils, tomato ketchup and barbeque sauce, and “Danai” brand multi-purpose cleaners, dish washing liquid, glass cleaner and fabric softener. His degree in industrial pharmacy gives him a wealth of knowledge in formulating hundreds of products, which he has used in developing his processed food and cleaning chemical ventures. His long-term goal is to manufacture unique, niche-market pharmaceutical, health and beauty-aid products, for which he is especially qualified. These ventures have brought many direct and indirect jobs and millions of dollars into the San Ignacio area economy over the years, and promises to do even more once these ventures are revived in Cayo North, along with many other investments that he will attract and support through progressive government policy, if the people democratically chose to give him the opportunity. 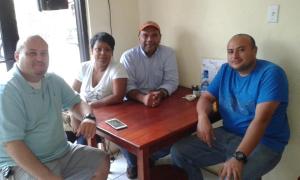 Richard welcomes open, constructive conversation and debate around the issues he has addressed, and may be contacted via his Facebook page “Richard Harrison”, his email address [email protected] or his cell phone 501 620 3535.

Mr. Harrison’s battle is one of constructive ideas and solutions…not one of personalities and slanderous, destructive criticism. His candidacy is indeed a breath of fresh air for Cayo North and Belize. Join us in wishing him and his constituents well.

In a country known for its booming tourism industry, Larry Waight is quickly becoming one of Belize’s most sought after online marketers. A chief evangelist of web marketing, Waight’s passion for the craft, as for his country, knows no bounds, with international bestselling authors like David Meerman Scott calling him “the best inbound marketer in Belize.” A prolific writer, Waight’s published work can be seen across the Web including Huffington Post Travel and various Belize sites.