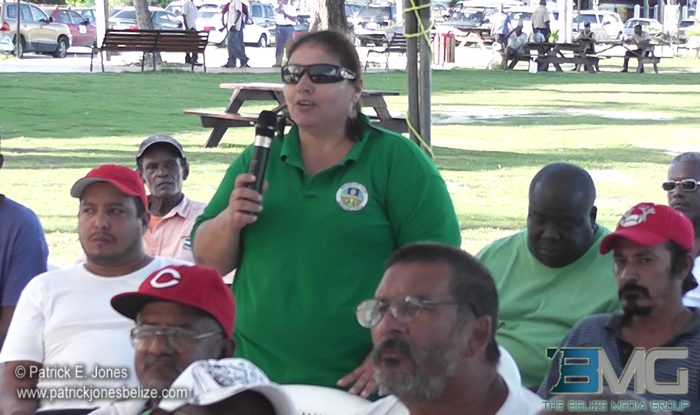 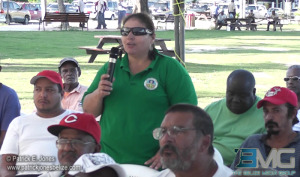 Wednesday, November 26, 2014. AARON HUMES Reporting: A majority of taxi operators in Belize City who met with the Belize City Council on Monday afternoon would like a moratorium on new licenses which has been in effect from 2012 to be lifted.

But despite the important service they provide to the Belizean population, there has been much instability in the taxi industry in Belize City in recent months, due not only to regulatory issues with the Belize City Council but also a shift in the demographic of operators, which annoys born and bred Belizeans no end. 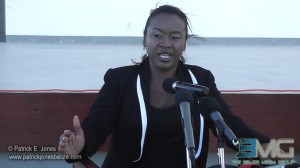 City Councilor with responsibility for Traffic Alifa Elrington-Hyde said the Council hopes to get from the meeting a wide variety of views and opinions on regulation of transport in the Old Capital – not just taxis but also private vehicles, buses and the “dollar taxis” for less well-heeled residents.

The feedback was instantaneous and at times pointed. Driver Edwin Beaton says the moratorium should be lifted and all offered an opportunity to make money with the large customer base in front of them. 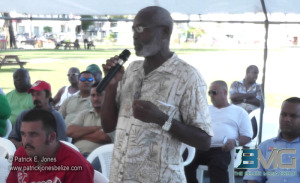 But a majority of those who spoke appear in favour of keeping the moratorium and demanding better policing from the Council, as there is no regulation of those already in possession of multiple licenses and substandard vehicles.

Observing on behalf of the Department of Transport was its Commissioner and former senior police officer Crispin Jeffries, who details exactly what a taxi is.

Including the driver, there should be a maximum of six persons inside a taxi at any time, otherwise it qualifies for a road service permit rather than a taxi license.

Commissioner Jeffries was responding to Gilbert Domingo, former Hattieville village chairman and operator who wanted a license for Belize City from his base in Hattieville 15 miles away.

According to Jeffries, municipal councils have been charged with traffic matters since 2008 and so the Department has no sway there.

Nevertheless, it does work with the councils to ensure that regulations are adhered to. Consultations are expected to continue.