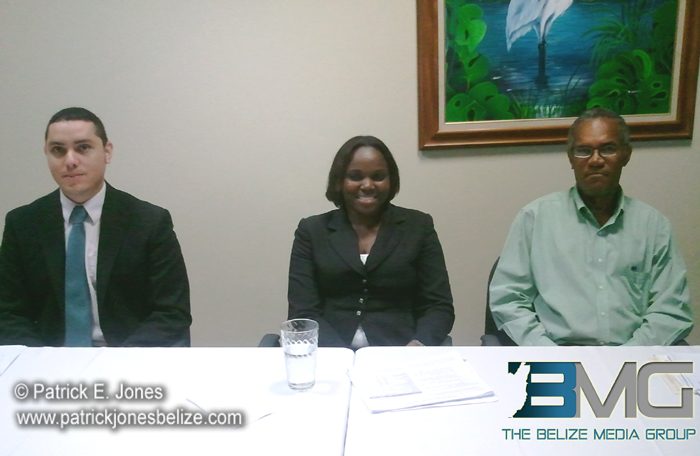 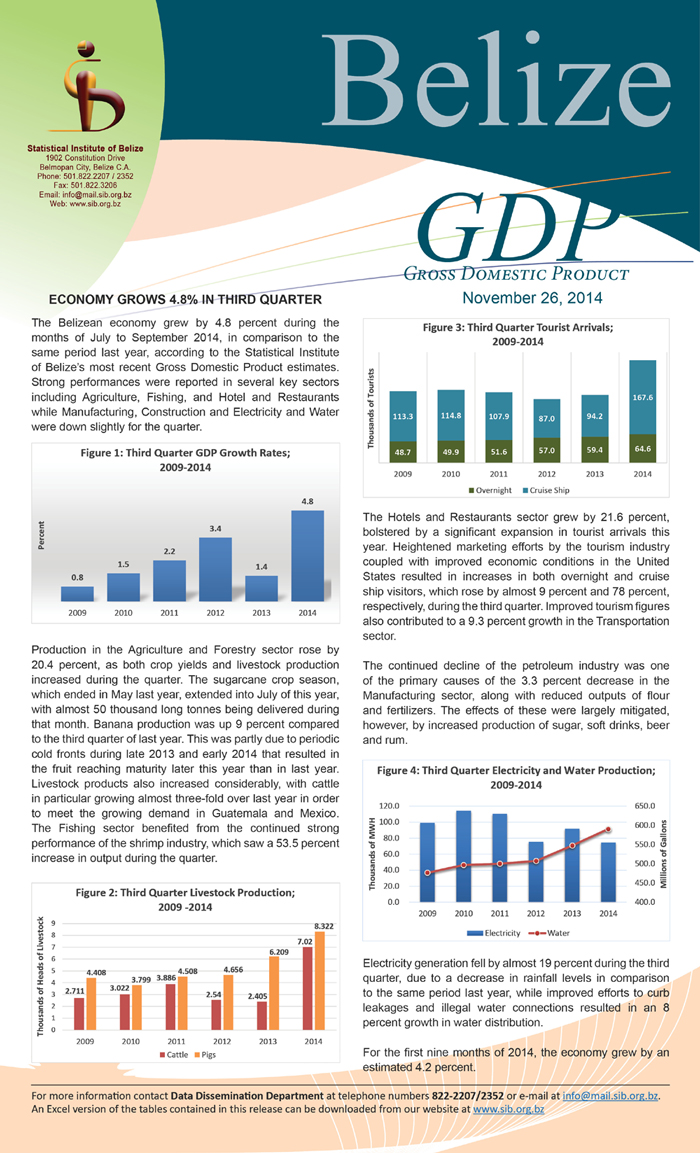 Wednesday, November 26, 2014. AARON HUMES Reporting: Today the Statistical Institute of Belize (SIB) offered a last batch of statistics on economic and social services for 2014, up to October.

The news is encouraging in most sectors but disappointing in others. We begin with the 3rd Quarter Gross Domestic Product (GDP), which grew by 4.8%, about half the record figure of 8.7% seen in the second quarter.

Cumulative economic growth through September stands at 4.2%, led by increased output in the agriculture and fishing sector, hotels and restaurants and water distribution.

One area that has seen sharp increase has been production of beverages: beer, rum and soft drinks.

Statistician Jefte Ochaeta says that is due to high demand, not only locally, but to complement increase tourism arrivals.

Trends in external trade remain much the same, with Belize buying more than it sells.

Already Belize has imported close to $1.6 billion of goods in the first ten months of 2014 while exporting just over $540 million.

After a slow-down in exports of sugar due to the unusually late start to the seasonal crop, Ochaeta explained to us that exports to the U.K. are back up. 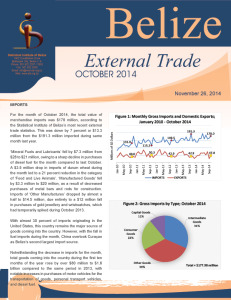 Fuel imports from Curacao, which refines the petroleum imported from Venezuela, were down in October due to less demand for diesel fuel.

The decline in petroleum exports continues, dropping another $40 million year over year, with citrus concentrate and papaya sales also down.

Meanwhile, inflation has remained steady at 0.7% increase in October and 1.3% nationally for the first ten months of the year.

Statistician Angelita Campbell says we compare very favourably to countries in our immediate region; most of Central America is above 3%, Jamaica a whopping 8.2% and the U.S. and Mexico above 3% as well according to the latest figures.

There were higher prices in home rentals, drivers’ license fees, nightclub admissions, insurance premiums and meats, while pasta, eggs, diesel and gasoline are somewhat cheaper, as are vegetables and fruits. 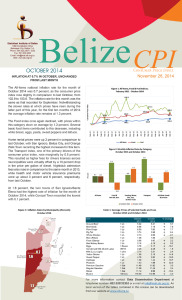 San Ignacio/Santa Elena continues to record the highest inflation rate by municipality at 1.6%; Corozal Town is lowest at 0.1%.

The twice-yearly Labour Force Survey is out and unemployment is up slightly over the last measurement in April of 2014 to 12.1% from 11.1%, but down from last September’s mark of 14.2%. 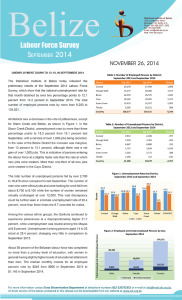 Some 18,479 persons are unemployed – that is, of working age, looking for a job but unable to find one.

Many of the trends present in past surveys continue in this one, as explained by Dr. Leopold Perriott, newly-appointed Director General of the Statistical Institute who says female unemployment is three times that of males and more youths 14-24 are out of work.

Unemployment is highest in the Stann Creek District, which lost nearly 1,800 jobs in the agricultural sector since April, and lowest in Toledo.

Countrywide there are more Belizeans employed in services and skilled training sectors over so-called “elementary work” such as cleaning and household assistance. 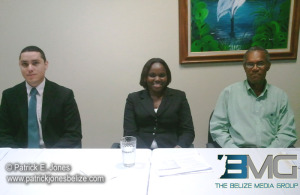 Also a concern is underemployment, where someone is working at a job that is above or below their skill level or qualification.

That number is climbing, with over 18,000 persons claiming that their skills are greater than the work they are doing.

Most other districts gained jobs, particularly Cayo where a third of all new jobs are located.

Nationwide a total of 66 jobs were lost between April and September.

The next labour force survey is due in April of 2015.