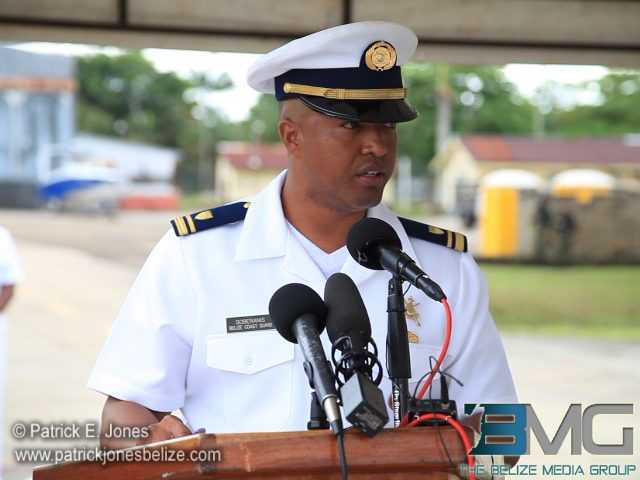 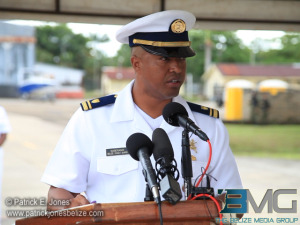 Saturday, November 29, 2014. AARON HUMES Reporting: The youngest of Belize’s armed forces – established in November of 2005 – the Belize National Coast Guard is also one of its most disciplined.

The life of a seaman requires intense discipline and commitment, and is thus not for everyone.

So it was on Friday that 44 men and women joined the ranks of the Belize National Coast Guard and accepted the task of making Belize’s waterways safe for everyone.

Lieutenant Gregory Soberanis, Coast Guard Operations Officer, says they underwent grueling physical training that brought the numbers down from an initial 80 to the current group of 44. 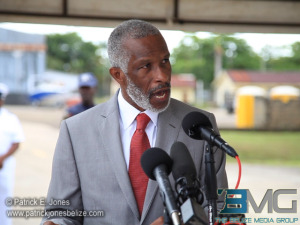 CEO in the Ministry of National Security Ret’d Col. George Lovell directly addressed the new seamen and women, asking them to remember the value of their mission and to the community.

He said they should treat the citizens they come in contact with fairly and respectfully, as they are important allies in crime fighting.

The Coast Guard has a plan to beef up its forces to over 500 officers and have a presence all along Belize’s coast in the next few years.