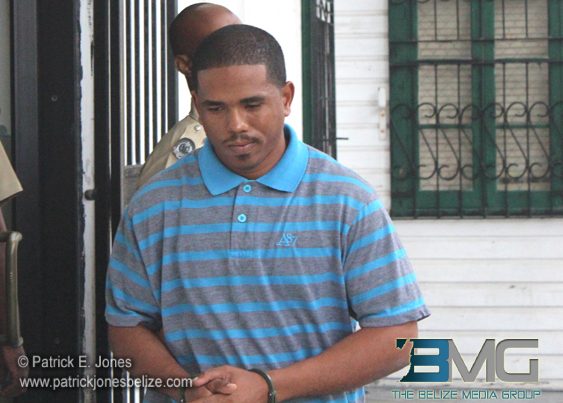 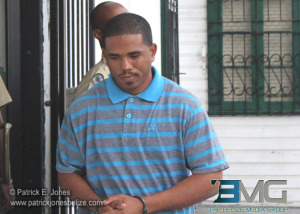 Tuesday, December 2, 2014. AARON HUMES Reporting: A domestic dispute nearly turned deadly for Bernadette Reyes of Belize City, who accuses her own husband, businessman Enfield Reyes of King Street, of pointing a gun at and then firing at her when she tried to leave him in April of this year.

Reyes was given 18 months in prison on Monday after Chief Magistrate Ann-Marie Smith convicted him of aggravated assault with a firearm, dismissing his defense as “a fairy tale.”

According to Mrs. Reyes, she had already gone through their front gate on April 13 when the accused pulled out his licensed 9mm pistol on her and fired a shot into the drain.

She heard the bang and turned around to see him on the verandah, gun pointed in her direction.

Reyes in his testimony denied the charges, saying that he had heard a commotion at the back of their house and went to get his gun and on returning to the front he saw a person dart through the front gate and fired at them.

The Chief Magistrate sided with the prosecution, saying that she did not believe Mr. Reyes’ version of events.