Still no resolution of the impasse in the sugar industry 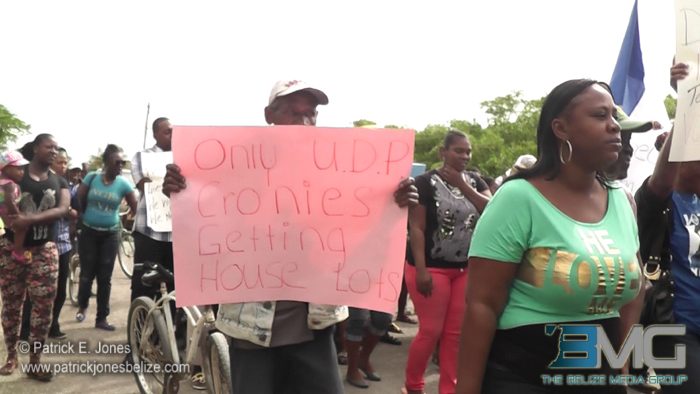 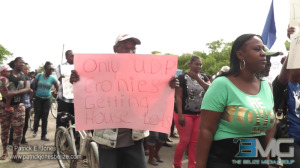 Wednesday, December 3, 2014. AARON HUMES Reporting: About 100 residents of the Port Loyola division and surrounding divisions on the Southside today took to the streets, complaining against the lack of low-income housing for residents, which they believe to be fueled by an uncaring, vindictive Government of Belize. 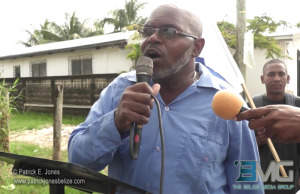 The demonstration was sponsored by the Opposition People’s United Party (PUP) and its standard bearer, Gilroy Usher, Sr., who insisted that in this day and age with no shortage of resources Belizeans deserve better than they have been getting, especially the people of Port Loyola from long-standing Minister Anthony “Boots” Martinez.

Usher accused Martinez of creating different standards for himself and his constituents, claiming that his Plycem-built houses do not stand up to the elements, while several properties around the City linked to Martinez are much better built and maintained. 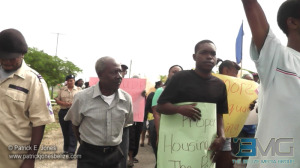 He stated that residents of the area are prepared to work toward owning their own homes and land rather than renting, but even proper jobs to secure the money, he claimed, are scarce to come by.

Usher promised to make reforms under a PUP government to meet the needs of residents, contending that less than affordable housing and renting situations should not be allowed to continue. 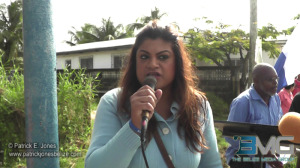 Lending her support to the cause was Collet standard bearer for the PUP, Yasmin Shoman, who said the Government has “failed” the people of Belize by its policies.

Activist Ernest Smith meanwhile complained about the ruling party’s intentions with the now-rolling out mortgage loan payment program for the month of December, describing it as “selfish, confusing and vindictive” for being limited to mortgages on new homes; he says the monies could have been put to better use. 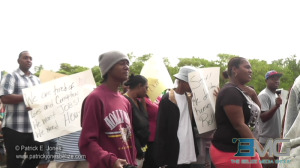 He questions why it is that Belizeans are not living well, especially in the Southside, which sent six current Ministers, including Martinez, to Belmopan.

The demonstrators then marched down a newly-concreted Central American Boulevard into the paved Jane Usher Boulevard, where Usher came face-to-face with his rival, trading insults (but not blows) for about 15 minutes.

Martinez, never a shrinking violet, taunted Usher over the high interest rates at his family business, Monica’s Pawn Shop, and related interests; Usher retaliated with insults of his own about Martinez’s personal wealth.

After 15 minutes the two reportedly separated without much damage (a bent glasses frame and torn shirt notwithstanding) other than to their feelings.

Usher says he will continue to put the pressure on the current administration while promoting his own candidacy.