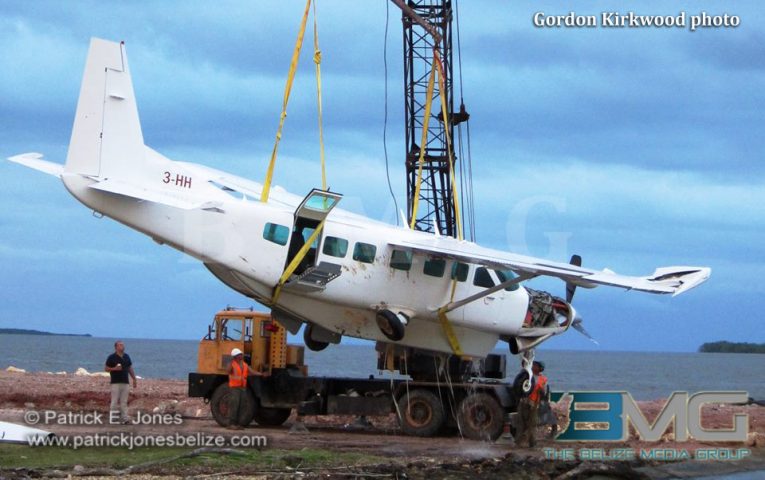 Plane lifted from the Caribbean Sea

It comes on the heels of yesterday’s crash of Tropic Air Flight 281 off the coast of Belize City as it prepared to land.

As they honored past and present contributors to the industry, Chief Operations Officer in the DCA Nigel Carter told us that Belize’s travel record, both domestic and international, has never been safer. 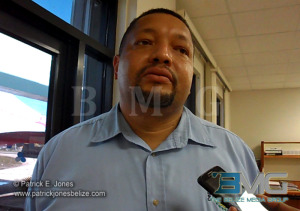 Flight 281 was the first major accident of 2014, which saw more than 290,000 flights, both domestic and international, take off from Belizean airspace. 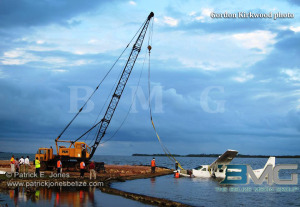 The Department conducts regular inspections and monitors the inspections of the major airlines of aircraft and personnel.

Meanwhile, authorities ranging from Police to the Coast Guard to the Airports Authority to Civil Aviation and the Fire Service are investigating, but the Department is not prepared at this time to go beyond the facts. 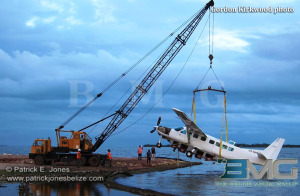 Retrieving the plane from the Caribbean Sea

Carter told us that the purpose of the investigation is merely to establish what happen, and unless any gross negligence is found, it will not be punitive in nature.

Carter confirmed that the Cessna 208 Caravan was almost new and had just been added to the Tropic fleet.

Previous incidents involving both major carriers did not rise to the status of accident and so were not widely reported. 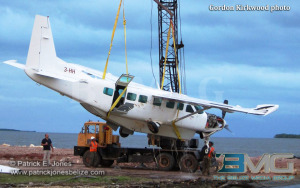 Plane lifted from the Caribbean Sea

On Thursday evening we spoke with two witnesses to the wet end of Flight 281.

Area resident David Choe did not see the plane fall but observed the slick of aviation fuel released into the sea.

He relayed his concerns that if the fuel was left unattended it might cause a fire if put into contact with a flame source.

Police meanwhile have confirmed that the single-engine aircraft began experiencing engine problems and was unable to decelerate while trying to land. 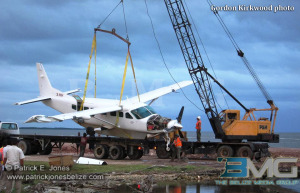 Plane hoisted out of the water

Attempts were made to shut off the plane engine, however, the momentum caused the plane to overrun the airstrip and end up in the sea.

Two passengers suffered minor injuries, while another was a man from San Pedro Town who had been shot in the leg during a robbery on the island and was being flown to the City for treatment.

The investigation is ongoing at this hour but we can tell you that the plane while lifted out of the sea is now practically useless, having broken up on landing.