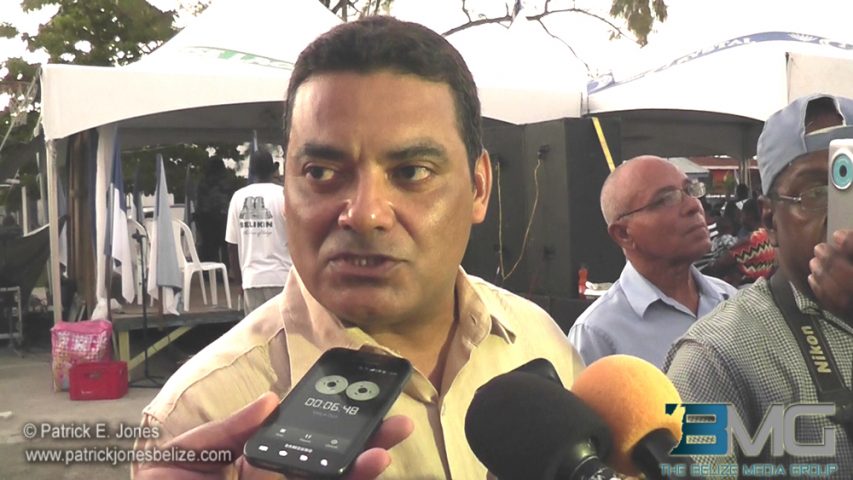 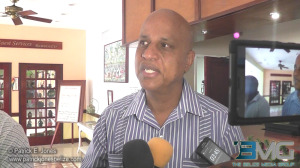 Monday, December 8, 2014. AARON HUMES Reporting: The Petrocaribe Loan Program has become a major part of the national consciousness in recent weeks, with the Government seeking to justify its spending and the Opposition slamming what it calls fiscal irresponsibility.

But the Opposition representatives have had to dial back some of that rhetoric with the announcement that the PUP will accept the significantly smaller sums – through line Ministries – offered to them.

With a rare smile on his face, the Prime Minister took the opportunity to do a little gloating today, remarking that the PUP will face internal problems because their acceptance of the money leaves them open to accusations of hypocrisy and threatens the viability of their suit in the Supreme Court.

The P.M. made sure to note that Julius Espat’s request for cash under the program last year was not entertained.

Moving on to the recently announced mortgage loan program, P.M. Barrow responded to concerns about the application process and worries that the offer may run out with the end of the month.

He said there was no urgency to apply and the program, as conditioned continues until all those affected are dealth with. 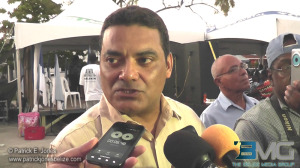 Meanwhile, PUP leader Francis Fonseca stated that this program is better administered in terms of handling and so that is why the PUP is supporting it.

He has been in communication with Financial Secretary Joseph Waight and is in agreement with the strict administration of the program.

Fonseca says he has told his people not to play favorites with which businesses are used to buy purchases for the program, and committed the most needy, of either party, will benefit in every PUP-held division especially his own.

And finally, last week we told you of the first hearing of the suit brought by PUP deputy leader Julius Espat against Prime Minister Dean Barrow over his handling of National Assembly approval of the Petrocaribe loan motion.

It was rammed through on the eve of a national holiday and buttressed by hundreds of UDP supporters gathered outside the House of Representatives in a show of force.

But it may still be all for naught, according to the PUP’s leader Francis Fonseca, who said that according to their legal advice, what happened in the legislature has no bearing on the judiciary’s judgment of the case, which returns to court in February.