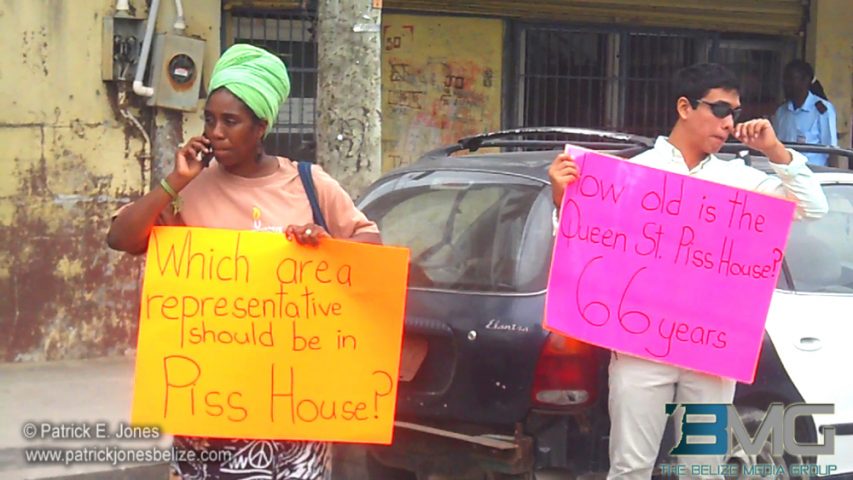 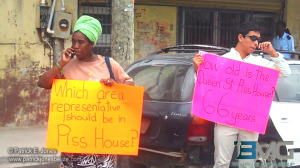 While the Police Department has yet to respond, Marin-Coleman continues to build community support.

She was at it again this morning along with a newcomer, Anthony Reid, son of G. Michael Reid and Audrey Matura-Shepherd. 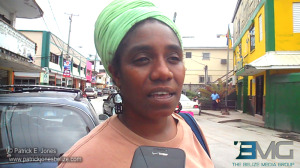 She told us that she is working with the Human Rights Commission of Belize to make a strong stand for work to be done in the cell.

According to Marin-Coleman she has heard from a few dissenters but for the most part her cause is supported.

The Queen Street Police SAccording to Marin-Coleman she has heard from a few dissenters but for the most part her cause is supported.tation was first established in 1920 and the last major upgrade, according to the history companion “A Walk Through Old Belize,” was done in November of 1948, 66 years ago.

But even with the Police turning deaf ears, Marin-Coleman is confident that change will come.

Coleman will be out of the country next week attending a summit of the Central American Black Organization (CABO) and so there will be no protest unless others are interested.

She also called for assistance from Justices of the Peace to sign permits for her weekly demonstration as her regular JP has left the country.

Marin-Coleman also earlier this year organized a protest in Belmopan at the U.S. Embassy concerning its treatment of Belize in the Hunting Caye forward operating base controversy.