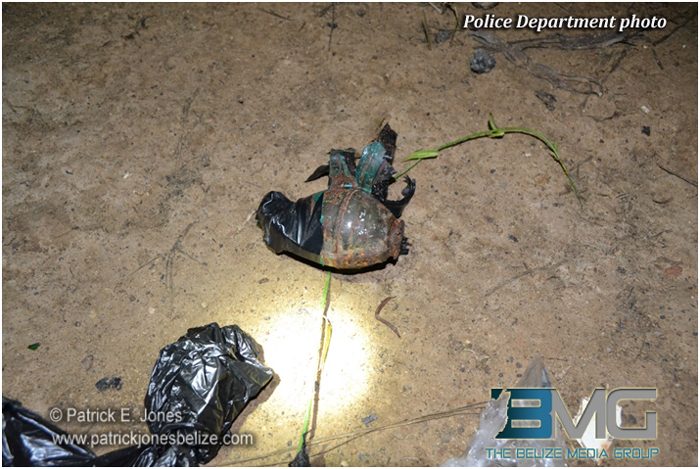 According to a release sent out by the Police Press Officer, the grande which was wrapped in a black plastic bag and inside of an old knapsack, was found in an overgrown area in the Fathers Road Extension area around 6:40 pm on Wednesday.

Police say the the bomb expert from the Belize Defence Force was called in where the device was identified to be “an M26 American origin high explosive grenade.”

The hand grenade has been removed from the area and taken for disposal.

No one was in the area and so the grenade is considered “found property” as their investigation continues.