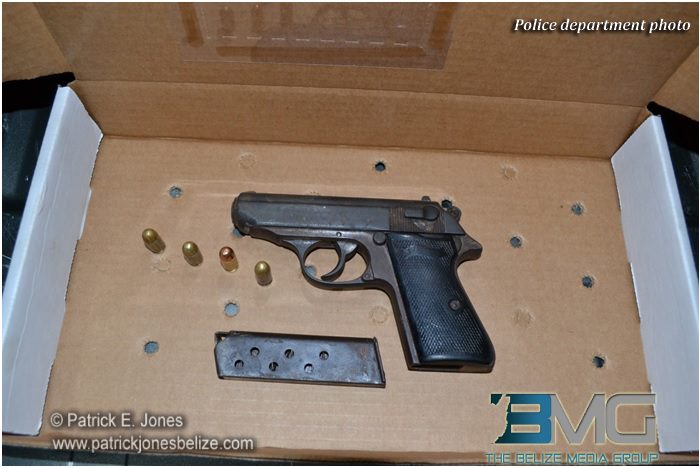 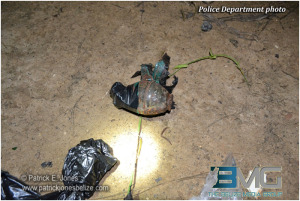 The most dangerous was a M26 American high-explosive grenade found in an overgrown lot in the Fabers Road Extension area of Belize City around 6:40 p.m. Wednesday.

The green grenade was secured by the bomb expert from the Belize Defence Force (BDF) and Scenes of Crime Police while the area was cordoned off.

But there was no one in the area and so it was labeled as found property.

Police continue to investigate how the grenade got there. 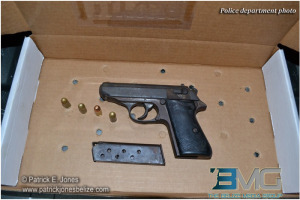 About an hour and a half earlier the team were in the Neal Pen Road area and recovered a black plastic bag containing a rusted .380 Walther PPK pistol and magazine with four live rounds of ammunition.

This too was recovered with no one in the immediate area and has been labeled as found property.

On Tuesday night around 11:30, 32 year old Jose Fuentes of Gill Street was caught by police on Sibun Street attempting to get rid of a shiny object.

He was stopped and taken back to the area where the object was dropped.

When recovered it was found to be a chrome .38 special revolver with black pistol grip wrapped in transparent plastic and five live rounds of ammunition in the chambers.

And earlier in the evening around 10:45 p.m., police searched a residence on Sarstoon Street and found a black plastic bag inside a transparent ziplock bag containing apparent cannabis in the rear fence, totaling 63.6 grams.

The strike team was put into action earlier this year in the wake of a rash of crimes in Belize City.