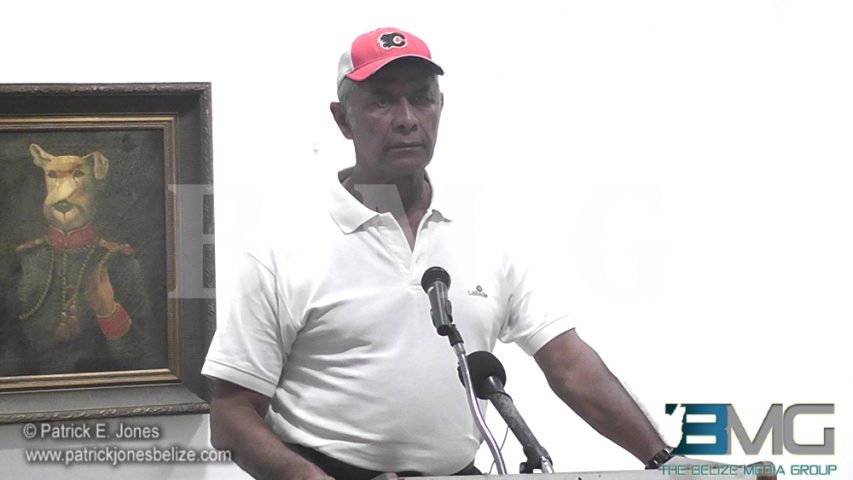 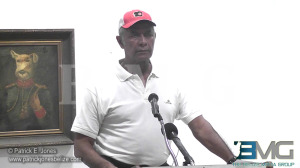 Monday, December 15, 2014. AARON HUMES Reporting: The Federation of Cruise Tourism Associations of Belize (FECTAB)’s Tom Greenwood appeared alone today at the Radisson Hotel’s VIP Room without colleagues Yohnny Rosado and David Almendarez or indeed any other member of the Federation.

But he was no less vocal as he continued to press the case for establishing a cruise port in Belize City soon rather than later.

According to Greenwood, the best chance of that happening is at Stake Bank, the project sponsored by the Feinstein Group which has approval from Government and a majority of the industry but is presently tangled in legal intrigue.

The fly in the ointment is the the extended contract granted to Royal Caribbean Cruise Line and Diamonds International for exclusivity as a port of entry in the Belize District.

Greenwood is of the opinion that it is mainly a legal problem that can and should be fixed and called on the authorities to do so.

According to Greenwood thousands of industry workers would be seriously hurt economically if, as expected in 2016, Belize loses status as a result of not having a docking facility for the larger Oasis-class ships expected to be coming here.

He says the problem will eventually affect Belize’s whole tourism image if nothing is done about it.

But while it claims to speak for the majority of its members and in the interest of the industry, Greenwood’s FECTAB does have something at stake with the Stake Bank project: today he revealed that his organization has an iron-clad contract to conduct tour operations when the project gets going.

It demonstrates their commitment to the future of the industry, Greenwood noted. 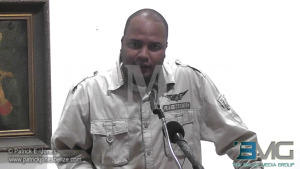 FECTAB and Citizens Organized for Liberty through Action (COLA) have teamed up to organize a protest near the Tourism Village on Wednesday morning starting at 8 am.

In addition to calling out the Government for being scared of the Fort Street problem, COLA president Geovannie Brackett today took the podium briefly and had some not-so-kind words for Fort Street’s owners, who he accuses of being elitist towards locals.

He further repeated COLA’s stance in favour of a cruise port which can bring vital foreign exchange for local consumers.