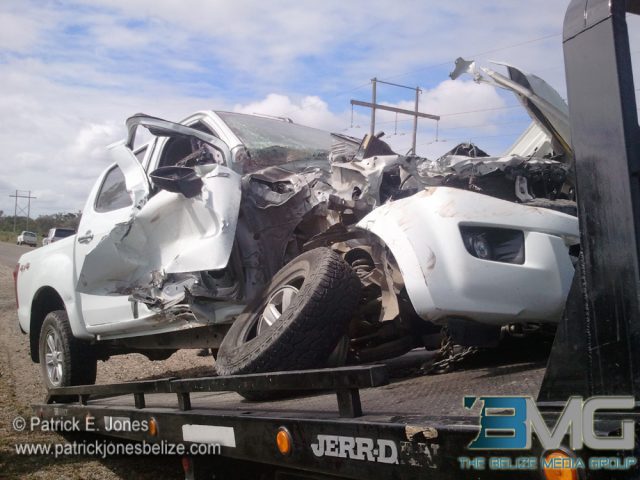 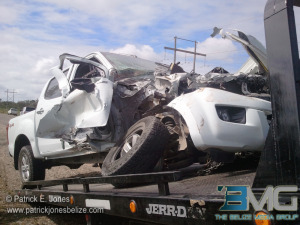 Friday, December 19, 2014. AARON HUMES Reporting: A traffic accident near Mile 29 on the George Price Highway this morning around 9:30, not far from the RF&G Insurance sign marking the site of another infamous accident, narrowly avoided fatalities.

We were informed at the scene that an Isuzu D-Max traveling east toward Belize City, property of the Belize Trade and Investment Development Service (BELTRAIDE), attempted to overtake a container truck but had to swerve off the road to avoid a Toyota Prado going in the opposite direction. 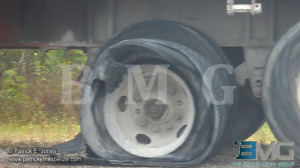 The driver, whose name has not been revealed, then reportedly tried to get back on the road but wound up crashing into the back of the truck, shredding its tires and the front end of her vehicle.

However, she only complained of pain to the chest.

The driver of the truck told us that he was traveling at a safe speed and so was the driver of the D-Max, but she made a bad judgment call in trying to get back on the road in traffic.