From the classroom to the kitchen, students feed themselves

Charges filed and sentences handed down in Magistrate’s Court 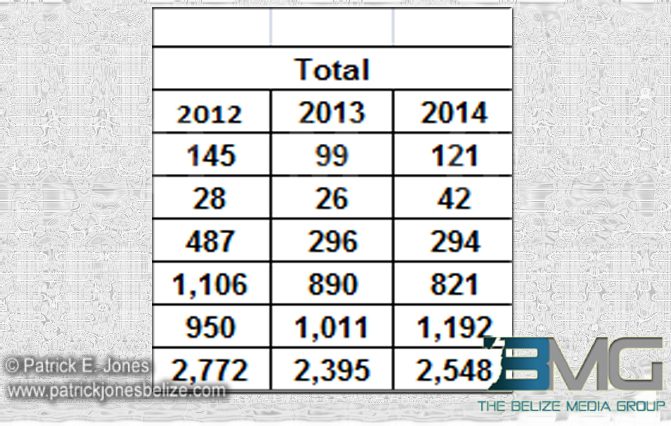 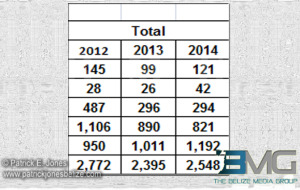 Tuesday, December 23, 2014. PATRICK E. JONES Reporting: The Belize Police Department today released the “comparative statistics” for 2014 which shows that there have been 121 murders this year. In 2013 there were 99 murders. 145 murders were committed in 2012.

The police statistics show that March and April of this year had the most murders committed, with 9 each.

In October there were 8 murders and so far for December, there have been 5 murders reported.

There were no murders committed in the month of June. Of the other “major” crimes, rape more than doubled this year with 27, compared to 11 in 2013.

Robbery saw a slight decrease with 118 reported this year, compared to 146 last year. Burglary reports were also down this year with 217 reported, compared to 243 in 2013. 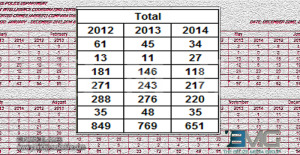 When it comes to arrests, the police statistics show that there have been 34 arrests for murder.

Rape arrests for this year is at 27, more than double last year’s total of 11.