Queen Elizabeth II speaks of reconciliation in her Christmas message 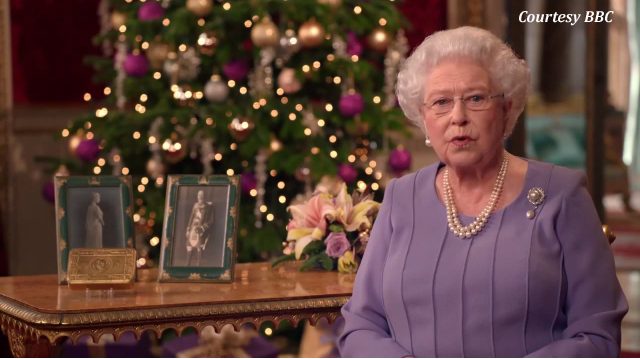 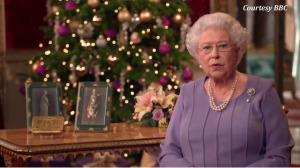 Thursday, December 25, 2014. PATRICK E. JONES Reporting: Reconciliation is the theme of the 2014 Christmas Message by Her Majesty Queen Elizabeth II.

The 7-minute message, which was broadcast worldwide on the BBC highlighted instances when opposing sides in battle chose to cease hostilities in the best interest of peace and goodwill.

Such was the case on December 25, 1914 when German and British soldiers laid down their weapons, the Queen said.  In the words of the Queen: “sometimes it seems reconciliation stannds little chance, but the Christmas truce reminds us peace and goodwill have lasting power.”

The monarch and head of the Commonwealth also took time out to pay tribute to the victims of Ebola and affirmed her faith saying that Jesus Christ has been an “inspiration and an anchor in my life”.