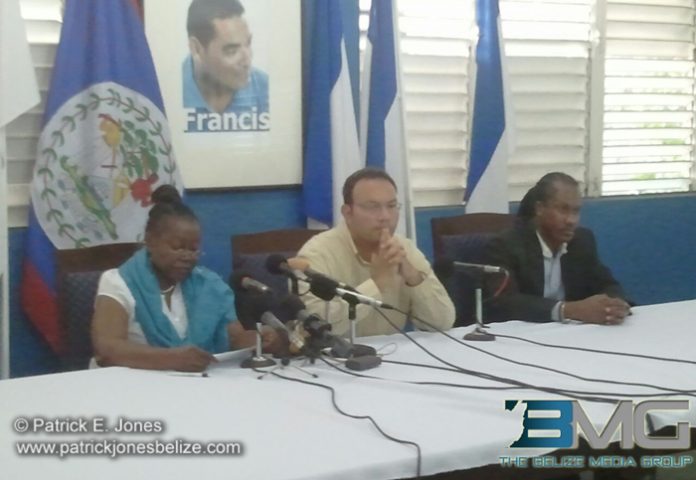 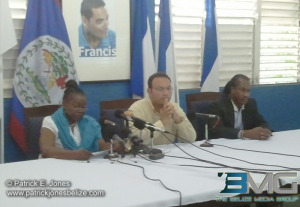 Tuesday, December 30, 2014. AARON HUMES Reporting: The People’s United Party has questioned the timing of the transfer of registering officer Jerrylyn Bruce a week before the Cayo north by-election.

Bruce worked in the Cayo North and Northeast office in San Ignacio until December 22, when she was given a day’s notice to move to the Elections and Boundaries Department office in Benque Viejo del Carmen, on the strength of a letter signed by a staffer in the office on behalf of chief elections officer Josephine Tamai. 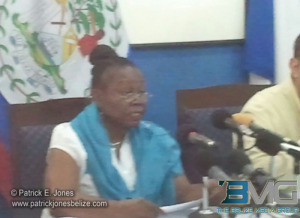 The PUP has alleged that Bruce’s transfer resulted from her allegedly refusing to allow a high-ranking UDP official access to the electoral binders for the division.

Party chairman Henry Charles Usher says he is not aware if the transfer has gone through but he and the party are suspicious of the timing, believing that August was planning malicious alteration to the binders to facilitate election fraud.

Party Secretary General Myrtle Palacio outlined a series of actions by the UDP dating back to 1989 that she says indicates there is a pattern of attempting to influence the outcome of elections.

These include situating the Department as a Government Department,  appointing party members to the Election and Boundaries Commission, reversing legislation extending voter registration to allow alleged illegal immigrants on the voters list, and allowing August to openly campaign on their behalf. 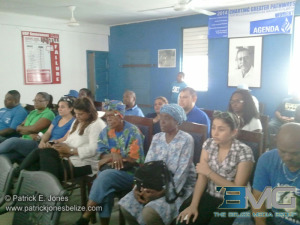 The PUP alleges that on Nomination Day for the Cayo North bye-election, Alberto August was reportedly seen with returning officer Marcelo Windsor and a staff member on the veranda of the administration building in San Ignacio town.

The transfer according to legal advisor Anthony Sylvestre is contrary to regulations as typically notice must be given and such transfers are handled in the summer months.

The party is calling on all to remain vigilant ahead of the bye-election on January 5, 2015 and the Municipal Elections on March 4, 2015.

The Department has yet to respond to the allegations.