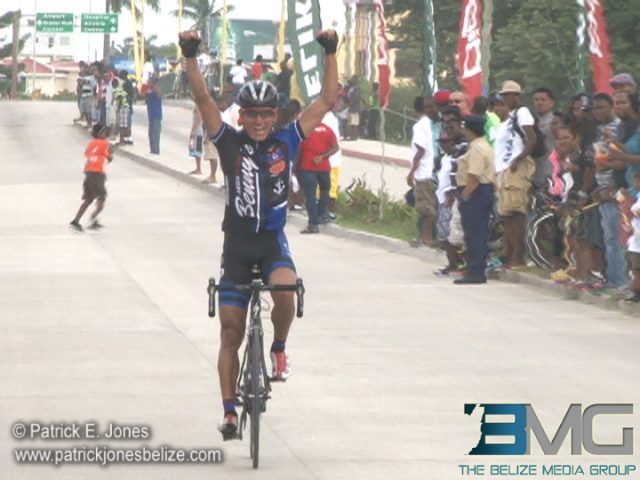 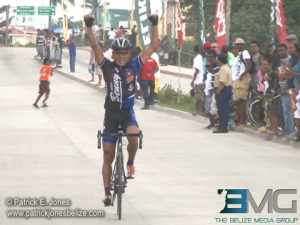 The event started in Corozal and ran the full length of the Phillip Goldson Highway culminating in Belize City for elite males.

The junior and female cyclists started the race in Orange Walk town.

In the main race there was a record five $1,000 station prizes spread out along the route, four of which ended up in foreign hands, and other major prize opportunities. 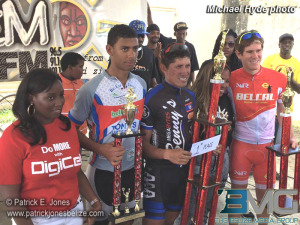 Early on there was a breakaway of nine riders led by Ron Vasquez of Cayo’s Team Western Spirit and Hector Rangel, a Mexican riding for Benny’s Megabytes, and featuring reigning champion Byron Pope and a few other hopefuls.

But Rangel established dominance in the middle part of the race, leading the peloton by as much as three and a half minutes after nearly falling down at the start and came in alone nearly four later at the tape in Belize City.

Rangel took home $5,000 as his first place prize but the team will share out its winnings with members including ex-champion Pope who finished ninth.

Rounding out the top five were Angel Tzib in 4th place and Lovell in fifth. 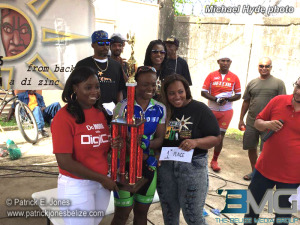 In the women’s event, reigning champion Shalini Zabaneh was dethroned after an early crash ruled her out.

Alicia Thompson edged out Kaya Cattouse and Patricia Chavarria for her second title.

She says that after hard training, she knew she had to win on New Year’s Day. 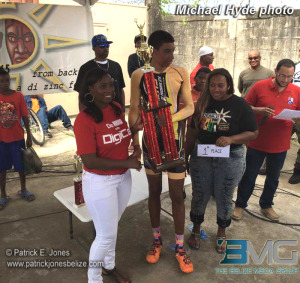