Man found dead in his bed in Orange Walk 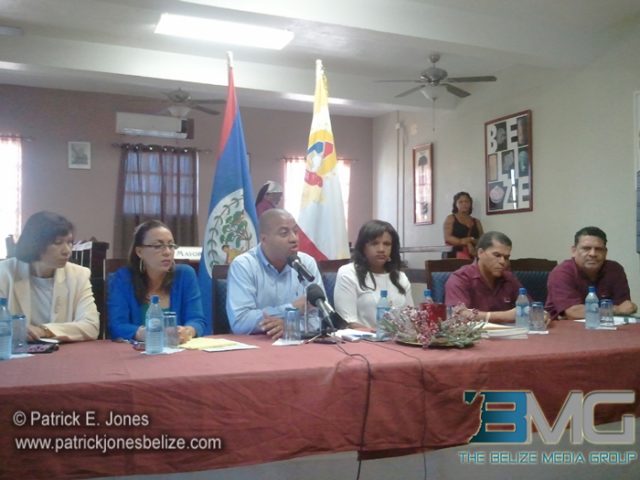 Tuesday, January 6, 2015. AARON HUMES Reporting: The Belize City Council has agreed with sanitation contractors Belize Maintenance Limited (BML) on a means of smoothly transitioning the company’s workers on the expiration of the Council’s contract with BML next Friday, January 16.

Some 158 workers will move over to the Council’s employ, including some managers and supervisors, but according to the Council, only 110 will actually be employed in the swollen sanitation departments; the others will be transferred into other departments of the Council, with particular attention to those of specific skill sets.

The Council’s current Sanitation Department will be split in two with specific responsibilities, to be chaired by former councilor Wayne Usher and current sanitation manager Percival Murillo.

The breakthrough comes after months of grappling with the issue and public pronouncements that the plan would not be sustainable by Mayor Darrell Bradley, and just in time for the municipal elections in March.

When the Council’s plans first came to light in August, workers protested in front of City Hall, daringly spilling refuse on North Front Street leading to their arrest and briefly, charges.

But these were dropped with a declaration from Prime Minister Dean Barrow that their jobs would be spared.

Central Government has followed through with the purchase of $1 million in equipment and according to the Mayor, for a brief period, continues to finance the salaries of these workers.

Specific work crews will be detailed to address the ongoing drainage issue and sweeping dusty streets.

BML will be responsible for settling all financial payments to its former workers, as the Council’s employment does not take into account their established years of service.

The Council has paid down its arrears to within 5 weeks of current expenditure with both BML and Belize Waste Control (BWC) and expects to clear all debt to BML save a judgment debt from 7 years ago by the end of February.

The workers will be covered under the recently-signed Municipal Service Regulations and have rights to join the Christian Workers’ Union (CWU) as their bargaining representative.

But what makes this plan sustainable for City Hall?

Bradley told reporters that it’s a matter of management, insisting that he was making the best of a not ideal situation by marshaling all of the Council’s resources to make the employees feel at home.

Bradley said that the Council will be crunching its budget numbers and coming up with ways to keep the employment going in absence of new sources of revenue to replace the locked-up subvention and head tax which goes to paying the municipal bond.

The first tranche of that $20 million instrument valued at $1.5 million was met last November.